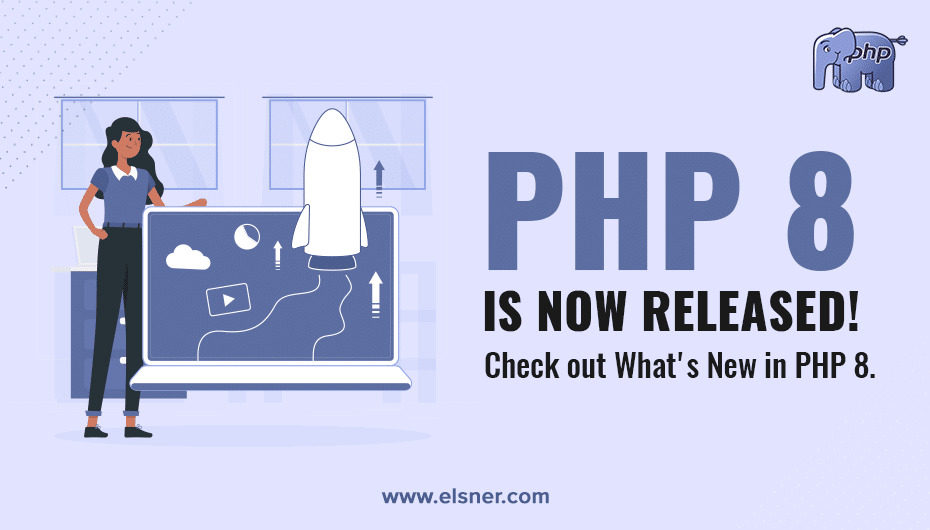 PHP 8 is rolled out a few weeks back and it is important to know about its new features. It has introduced various new functions, improvements, and features. PHP is known as the easiest programming language to learn. Every PHP Development Company USA is waiting to hands on the latest version and introduces new features into their platform.

Let us Look at Some New Features of PHP 8:

PHP interprets the code line by line instead of compiling. The JIT compiler works by compiling the parts of code during runtime and performs this similarly to the cached version of the code. The new feature is tested and it will lead to a massive improvement in terms of performance.

The scripting language that is the JSON extension had an option to be turned off in the earlier versions. Since JSON is an important format and many PHP Development Companies decided that this extension should be active all the time.

With this PHP 8 version, two or more languages can form a union. There is a restriction as void cannon be a part of union type it does not return value in the output.

This feature was earlier introduced during PHP 7.4 but now it is kept in full effect. This feature reacts more intelligently with the multiple operators:

Many errors were ignored previously and provide output like E_ALL, E_DEPRECEATED, and E_NOTICE. This new feature allows the detection of errors just make sure you set the display_errors=Off on the server-side. You might need to hire a PHP Expert to understand these reports and resolve the issues effortlessly.

Until PHP 8 was rolled over there were many errors that only displayed warnings or notes. Now it has been updated with a full list of new PHP error messages that can be seen in the documentation.

The internal functions and methods will have the correct type of annotations.

The developers have made it easier to convert DateTime and DateTimeImmutable using two functions:

In the earlier version of PHP, this had to be performed manually but with the update, the interface is implemented automatically.

Usage of :: a class for Objects

WeakRefs and WeakMaps are used to delete objects when the cache references the entity class of objects. This helps in the resource-saving handling of objects.

Static is a special class name that performs a valid return type in the new version.

There are different ways to find if one string contains another. Earlier you used strpos() which used haystack and needle to look for the string and returns integer indication first position where the needle is found. Since it’s the returning position of one string into another, you cannot check whether strops() found it or not. To avoid this now you have str_contains() which returns Boolean value while makes it easier to know whether or not the needle is in the haystack. It makes the procedure easy to write and maintain the code.

These two functions allow you to search for a needle inside the string. They check if the given string starts or ends with another string.

Both these functions will return false if the $needle is longer than the $haystack.

This new function returns the type of variable. This is similar to the gettype function but it returns native type names and resolves class names.

This function is similar to the fmod() and intdiv() functions which allow division by 0. Instead of displaying errors, it will give you INF, NAN, or -INF depending on your case.

The resources in PHP are special variables that refer to external resources. PHP 8 adds this function to make the operation obvious and type-safe:

We have shared with you some of the interesting features and functions that are rolled out with PHP 8. You might be thinking of hiring a dedicated PHP developer as it requires a lot of knowledge and experience to work with updates and keep your data safe.

Get in contact with a PHP development Company the USA, as it will have a whole team that can handle your platform effortlessly and will be dedicated to supporting you whenever required.