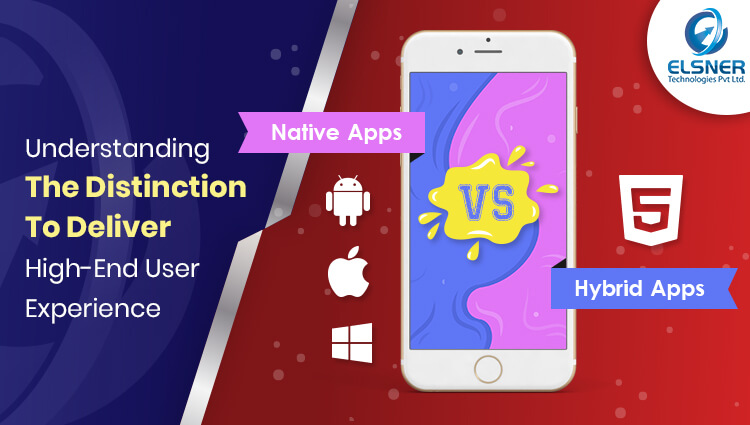 We live in a world that is constantly changing; where innovation has become a part and parcel of daily life. The emergence of the internet has brought game-changing innovation which has made it possible for people to shop online and view blogs which was not possible in the past. The idea which searched its path through a big sized computer has reached the size of one hand, i.e the mobile phones.

Mobile phones have become the sole priority of any eCommerce developer. It has been estimated that amongst the world population using the internet, 50% are mobile phone users. With the ever-increasing popularity of smartphones, businesses have found it very lucrative to build a mobile app. Thanks to these mobile apps today it is possible for you to create an enhanced and more distinctive user experience.

Today, we will be talking about the critical differences between the two applications: Native apps and Hybrid apps. So, without wasting any more time let us dive right into the basic introduction of these apps and then look into the differentiating points between them. 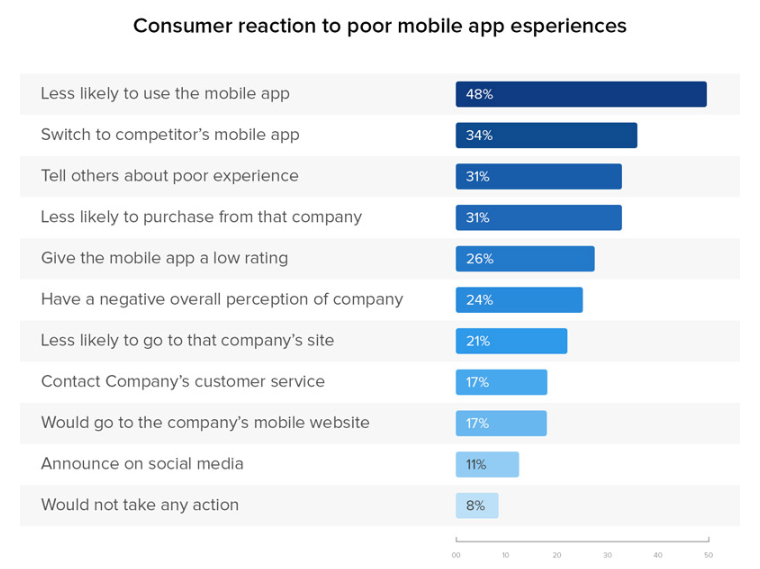 The Anatomy Of Native Apps

Native apps are designed to serve a specific environment. They are made for a dedicated operating system. For example, Objective C is used to create apps for iOS and Android apps development are made up of Java. These apps are quite helpful as they can surge the user experience to the next level by adding personalized features.

► Why Work With Native Apps?

The ultimate benefit of native apps is that they have a built-in feature which helps to understand the functions of its own OS thereby saving the compatibility issues for the developers. In addition to this, the apps are becoming very precise and there is no way you skip the part of syncing with the built-in functions of the OS.

Facebook, Pokemon Go, Pinterest list among the popular native apps. Although, native apps are good at adding a personal touch there is more to the story. The access to camera, microphone and swipe gestures is made effortless. The push notifications are like doorbell for the app to remind the customer of something important.

However, there is one addition to the whole anatomy. Unlike before two different OS, mobile apps can now be created using one single native platform. ReactJS is one of the frameworks that has acted as a blessing for the developers.

Read: Welcome to The Next Generation Of JS – React Native

The Anatomy Of Hybrid Apps

Hybrid apps have been a worthy discovery to serve cross-platform mobiles along with saving the efforts of developers. Ideally, these apps are a part of the native apps but only to be developed using HTML, CSS or JavaScript. They are webapps in disguise of native apps and hence they nurture some of the features like camera, mic, and gestures.

► Why Work With Hybrid Apps?

Hybrid apps act as a staircase to success if you are a newly emerging organization, a startup or a single entrepreneur. These apps require a minimal investment of time and resources proving it to be a feasible option.

Instagram, Uber, and Evernote are the hybrid apps built to perform unanimously across all the platforms. Hybrid apps bring a great advantage to the table, i.e scaling of the apps. The developers get to redirect the app to another platform without much hassle.

Now that you have adequate information pertaining to both these apps, it is important to look at the differences between them:

The native approach has the ability to build high-end graphics-oriented apps. Such Graphic UI is used in gaming applications. The gaming industry uses a native approach to build an extensive high-quality app.

Hybrid apps are undoubtedly a part of the native approach, but they contain only the basic feature of native apps. With just one code being run on different OS, the apps are kept more simple so that the users do not face any compatibility issues.

► The number of resources spent

The native approach seems to be slightly costly in comparison with hybrid apps. The developers invest their efforts in building the app for each platform which consumes more time, energy and resources.

On the contrary, developers need to spend the least amount of time while working on hybrid apps. They are less complex than native apps and can run through multiple platforms with the help of a single code. It’s a good news as now the developers can use that extra hour to improve the functioning of hybrid apps.

The developers of native apps have a clean and straightforward approach. Right from the beginning, they are focussed on creating a single store app. This gives them the edge over compatibility and other personalized features. The end result is the users are favored with good UI and UX.

While the hybrid apps are built using a single code with the sole objective of providing a good user-experience, albeit with certain limitations. It cannot offer a seamless experience and is also unable to customize the app according to the needs of the users.

► Choosing The Right Approach: The End

Irrespective of whether you choose native apps or hybrid apps, it is important to ensure high-quality results with superlative user-experience. Always keep in mind all the pros and cons each approach has to offer and look at how many resources and time you have for investment.