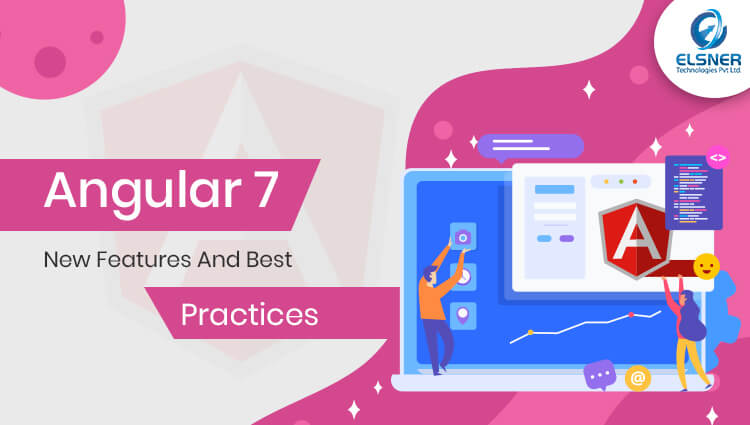 As soon as the sound of web development drops, Angular comes into the picture. It is known for its ease of use with the developers and considered one of the best programming languages. As we know there have been several releases of Angular till today, we announce you with the latest release of Angular 7 including the package of best features.

To update angular version, following command will be used.

Let’s have a brief introduction with the features.

The very first feature has been a blessing for the developers. With the CLI prompt the users will now be prompted the expected commands, thus saving both their time and energy. The new CLI version is good for commands like ‘ng new’ or ‘ng add. To install latest version of CLI use the below command.

After updating that, try to create a new angular project by ‘ng new’ + Enter.

The users had recently been awarded with the best material designs in the previous version. Angular 7 brings only minor visual distinctions where they have updated only the specifications of the designs. The new updates include homepage for material, material.io.

The job of every company is to offer ease of accessibility, whether you are an offline or online serving organization. Angular 7 nurtures the needs of every consumer by offering the improved and more accessible version of select box. We can use the native select inside mat-form-field. it has more flexibility and better performance than the mat-select.

● The items are rendered on their own upon the drag and drop request of the user.

● It includes helper methods for reordering/transfering items in the lists.

Angular 7 has opened the gates of opportunities for the developers. In order to get the best output of from the programming language the user can follow a set of best practices.

● Try to make the components for each of elements and parts of the app (like header, footer, logo, content etc.)

● Try to make the configuration file for the all constant variables and methods that will be used in multiple places. Just import that file and use it in different components.

● Try to make lazy loading routes for lazy load application. It will results the application for smooth running.