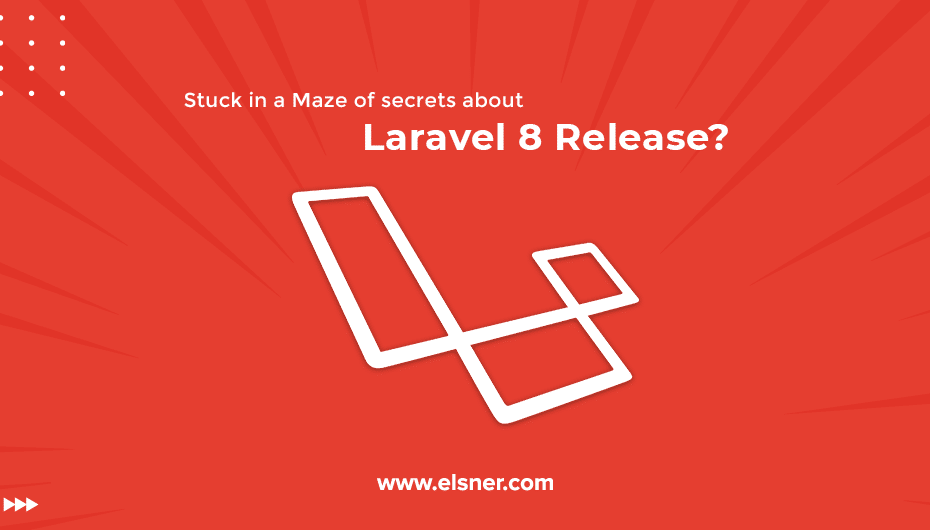 What is Laravel 8 all about?

The Laravel support is always available for the developers. With the new launch every time they tend to add more features that can make the Laravel development tasks much easier and faster. Aren’t you curious about what is new in Laravel 8? Let’s see some of the features:

Earlier when a change in the .env file was made, we had to restart the Laravel application by PHP artisan serve. In Laravel 8 this restart process is not required even when the .env file is updated.

A neat feature to all groups of jobs to dispatch into the queue that can be executed parallel. The Laravel Developer can track the jobs and execute logics when they fail or processed. Just pass the jobs through Bus::batch() and get the response which will display the statistics of dispatched jobs.

If PHP artisan down was used to take the Laravel Website offline temporarily to find error still it requires a boot to render an error page. In Maintenance Model Overhaul some parameters are written in the JSON file so the framework checks if the file’s existence before booting. All the logic is stored in a different path of execution. In the maintenance mode, it can render and apply logic without Laravel booting.

Laravel 8 has made the default model directory in the app/Models.  Earlier the models were stored in-app directory which was confusing when it contained lots of models were added. Now, Laravel has organized this by making a default directory for models.

The updates had a method to make time traveling easy using Laravel Time Traveller helper. This feature is included in the Laravel base features test class.

Example: If you want to go to the future just write:

Or you want to go to the past:

It is always a confusing thing to understand code written earlier and its usage like “throttle:6000,1”, clearly doesn’t define what these values mean. So, Laravel 8 has considered this and made sure that first, you have to generate a name for the rate limit for downloads, expensive API, or uploads. As the name is defined for the process, any contributor can easily understand the rate limits purpose.

The Laravel 8 update gives you the freedom to select a component that has to be rendered in application run-time.

Laravel has managed to leverage the schema files and no other migration was required for a new project. Large projects with the bulk of files migration would be able to cut down the CI processor for a new contributor to work on the project would be an easy task.

The code a Laravel developer is writing might be sometime slow to run on the main thread, in such cases a Job is introduced. Laravel might introduce a function to allow closure of events that can be attached directly to the listener.

Want to Get a Gist of Laravel 8?