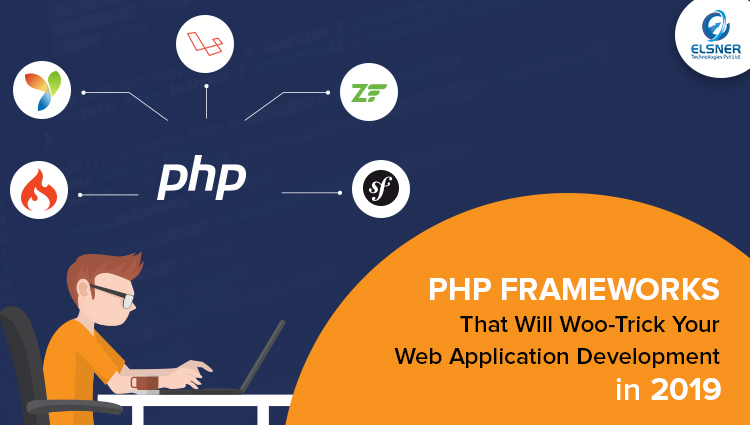 Developers experience serendipity while using any of the PHP frameworks because they are highly reliable, provide good security, extensibility, and ease of use.

PHP has covered a glorious journey and managed to have a group of some elite PHP programmers. The journey of the man behind the glory(PHP), Rasmus Lerdorf began in 1994 with the first version PHP 1.0 and now PHP 7.1.

It has now become the third most used programming language in the world and offers a pool of frameworks to choose from. Since all the PHP frameworks have a glut of outstanding features, it is a hard game to choose from.

The language empowers more than 80% of the web and has an ecosystem that is continuously changing and evolving the PHP Web Development Company in USA. The interpreted language is not compiled that means it is not executed in run time.

Wikipedia, Facebook, Tumblr, WordPress are some of the well-known platforms that are covered in the PHP’s feathers cap. The platforms offer flexibility to such an extent that it can cover all sorts and sizes of application needs.

In the latest version, the Zend engine is refactored and makes use of more compact data structures.

Below article has lined up some of the best PHP Frameworks in 2019:

Laravel has the capability to handle some of the most complex web applications securely and is designed using the MVC architecture for rapid application building. The framework manages a huge community of developers and helps in developing robust web applications.

It facilitates the developer to introduce routing in an abstract way and also handles the task in the background while other tasks are running in the frontend.

Npm packages can be installed as Gulp and Elixir are integrated with the framework. An interesting and best part is Laravel doesn’t have to handle SQL structures. The learning for Laravel is easy because it offers vast documentation.

Few bugs can be experienced since it is a new platform.

This full-stack framework was released back in 2012 and is written using C and C++ language. It has blazing fast speed because of its MVC structure and translates the HTTP requests faster.

It offers developers with asset management, caching and universal autoloader. Owing to its execution speed and security features, it is best suitable for creating a super-fast website using minimum resources.

Phalcon has its own SQL dialect, template engines, form builders and more. It also extends support for international languages.

Codeigniter comes with pre-built modules which result in rapid development. This ideal framework is lightweight, less hassle and can be installed by uploading it directly to your hosting.

The learning curve is easy as it offers a simple set of libraries and a vast community of developers to help. And even if you can’t find a library of your choice, it is very easy to build one and share with the Codeigniter world.

It doesn’t have an inbuilt ORM. It becomes difficult to modify the codes.

The framework is touted as a highly reliable PHP framework and the extensive MVC framework follows all the PHP standards. Symfony is highly stable, gives consistent performance, well documented and supports the modular project.

It offers reusable components, module system and can be installed on various platforms. The framework empowers some of the big projects like BBC, eZpublish, and Drupal. It allows interoperability and block building for forms management.

The security mechanism is difficult to understand by the beginners.

The 100 percent backward compatibility makes the framework an easily upgradable one. CakePHP is best suitable for beginners and is used for developing commercial web apps.

It extends code generation and scaffolding functionality and shared tons of packages. The framework is CRUD i.e create, read, update and delete.

You can also create standalone libraries for easy learning. The extra security feature is provided because of the cross-site forgery protection, cross-site scripting protection, and input validation.

The framework is considered consistent in terms of stable releases.

It is an object-oriented framework and is highly praised as a go-to adept framework for high-performance enterprise applications.

Being of an enterprise level, it offers a pool of components for authentication, feeds, forms, services and more. It also allows developers to create custom apps according to their needs.

The libraries are lightweight but you can not expect rapid app development.

You do not have to duplicate content on multiple pages and thus we can say it consumes less time and memory.

This framework is easy to install using composers and also supports multiple applications on single installations.

Slim is the best micro-frameworks in creating APIs. It yields quick development and is secure as well as easy to learn. It is inspired by Ruby’s Sinatra and has added on features like URL handling, routing, HTTP caching, etc.

Phpixie is a modularized and lightweight framework which is easy to learn and get started with. It facilitates HMVC architecture that enables apps with high performance. Phpixie has independent components and comes with bundles of great tools for security and cryptography, support for MongoDB, etc.

The framework has relatively few modules and is less popular in comparison to the other.

Each of the frameworks mentioned above can be put into different categories and have independent fully-fledged libraries.

Hire dedicated PHP developers from Elsner to decide which PHP framework is the best fit. The final decision depends on multiple factors according to the project requirement.

Hope the content was useful in making a choice of the best PHP framework and enjoy using it in 2019.