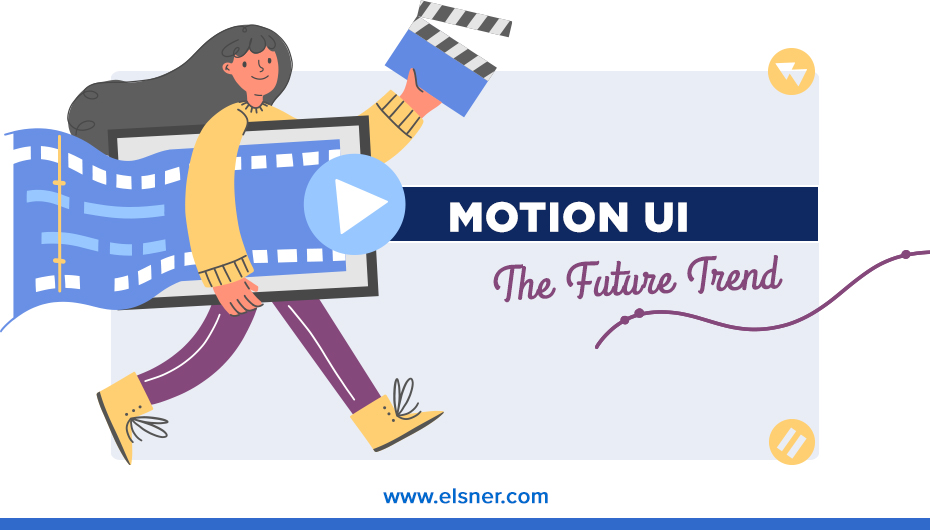 People knew about the incredible power of motion even in ancient times. Various attempts by individuals to describe motion as one of life’s brightest features can be found in literature, art, mythology, and technology. Storytelling becomes easier with motion UI in web development. It simplifies long-winding, and complex stories, making them more attractive to app users.

What is Motion UI?

Motion UI is a modern and in-demand design style that is used all over the world. Motion design is a UX design element that genuinely puts your website and app interfaces to life.

The benefit of motion UI is that it is the most effective and straightforward approach to capture and maintain a person’s attention. You can broadcast your messages as quickly as possible using motion design animation or animated graphics. In a convenient and simple format, reveal the meaning of ideas and organize data. Do you concur? It is much more convenient to view a short animated film than read instructions or even static infographics.

The Future of Motion Design

Motion design allows designing moving user interfaces that can provide additional information to the user and thus guide him properly through the application.

However, even in the field of Augmented Reality, there are multiple options for motion design. So far, mainly advertising banners and inserted videos have moved there. The entire page may move in the future. Build yourself up when dragging the mouse, or use movements to highlight key facts.

A Powerful Catalyst In Changing The Web Development Trend

Welcoming Users: A nice greeting message has a significant impact on users. This has been used successfully on websites, apps, and other platforms, such as billboards and welcome screens on mobile phones and televisions.

Who can forget the two hands joining logo on Nokia phones? A decent welcoming screen for apps and websites enhances the user’s experience.

Feedback Loop: The user interacts with websites and apps. When the user logins to any app or website with the incorrect password, the feedback loop proves highly beneficial, allowing the user to login into such situations. It can also be used on websites to display animations.

Refreshing Content: Content on social media sites and news portals is often updated to provide visitors with the most up-to-date information. When your site is loading and processing information, a slight motion element will keep viewers engaged for a short time.

Transition: Motion UI allows users to understand a connection between two instructions or website items. These transitions flow like movie scenes and help users to connect data from one location to another. They are used to divert the focus of a user when they go from one feature to another.

Animations: Animations are used to provide detailed illustrations of a  user-selected subject. For example, while creating tutorials, web developers tend to create virtual cues to guide users step by step without losing sight of the subject. Motion UI also enables the design of animations for a variety of elements meant for a specific series.

Responsive Gestures: Users like websites that respond quickly to their concerns. Adding responsive animations to a website creates an ‘interactive ‘environment between internet users and the web developer. When users are unable to get immediate solutions, they typically flicker the Webpages and consider alternative options.

The latest big thing in the web development industry is motion UI. Its use is now gaining more popularity among websites. It has created a good user experience and has expanded on the features of websites and applications. Within the coming years, it is expected that 99 percent of websites will use Motion UI in their designs and templates. For better insights and strategies about Motion UI! Feel free to reach us now!