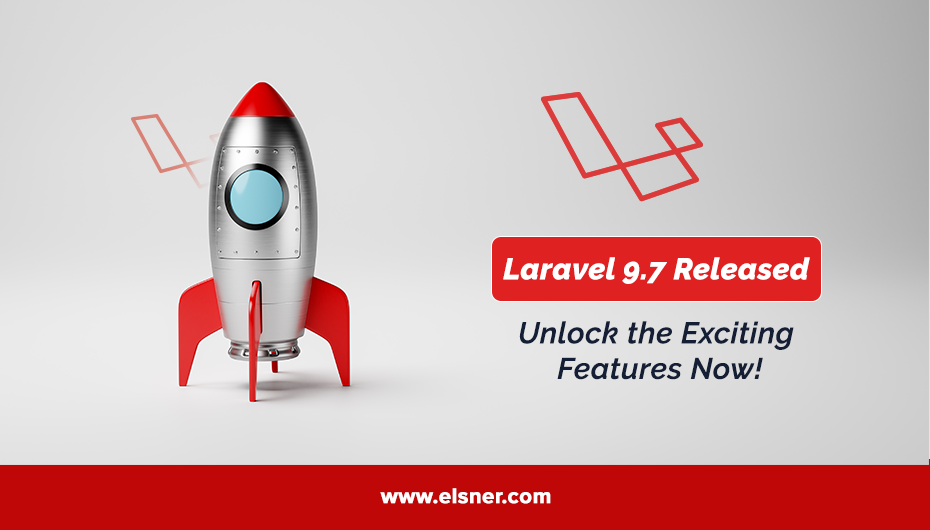 Laravel does not need any introduction. It has been one of the most preferred PHP frameworks for web application development. It is a highly scalable, elegant, and easy-to-use PHP framework that has carved a niche.

The new Laravel 9 version was scheduled to be released by September 2021. However, it was postponed to January 2022 and then February 2022.

The New Laravel 9.7 released version is the first long-term support release that has been introduced after the 12-month release cycle. The delay in release was due to many reasons, such as:

We have covered almost all Laravel 9.7 release notes to understand the new version better in this post.

Now we will discuss the list of the new features and improvements in the Laravel 9.7 version.

Thankfully, Laravel 9.7 will require PHP 8 and PHPUnit 8 for testing the web applications. It is because Laravel 9 uses the new Symfony v6.0 that also uses PHP 8.

PHP 8 is the latest version with amazing improvements, and if you have not updated to the latest PHP 8 version, you need to do it now.

When running the famous migration command listed below, Laravel will make the anonymous stub migration the default behavior.

The anonymous stub migration feature was introduced earlier to address the Github issue. Multiple migrations were causing problems for developers when they tried to recreate the database. With this new stub migration, this problem will be addressed perfectly.

Refactoring, static analysis, and code completion are easy and highly reliable with the new Laravel 9.7 released version. The new Query Builder Interface is highly responsive and developer-friendly. Earlier, there was a lack of shared interface between Query/Builder, Eloquent/Builder, and Eloquent/Relation. This issue has been addressed in the new version.

The new Laravel 9.7 released version is user-friendly, bug-fixing, and available with new and advanced features. For Laravel developers, this version is bliss as web development will be smooth sailing with this latest, new Laravel version.