Flutter vs Native vs React Native – Which One to Choose? 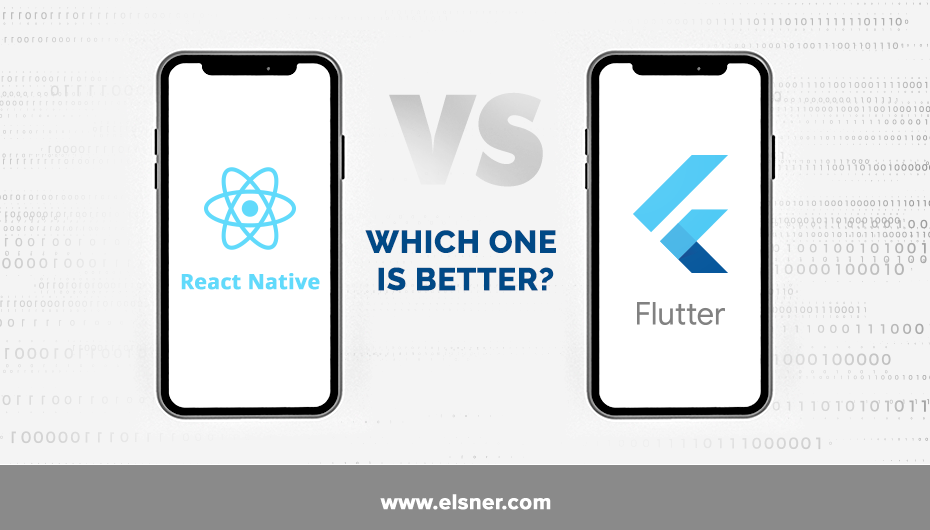 Mobile technology has become an essential aspect of human lives as a result of the rapid evolution of technology in recent years. With over 2.7 billion smartphone users worldwide, it’s no surprise that the mobile app business is experiencing huge growth.

Mobile consumers spend 87 % on apps, compared to only 13 % on the web, according to ComScore data. There is an app for everything these days, from waking you up in the morning to helping you sleep. Smartphone and app usage keeps rising at an unstoppable rate, with no signs of slowing down in the near future.

In this cutthroat market with an overabundance of apps, getting an advantage is crucial, and creating a beautiful-looking app with top-notch functionality and unparalleled user experience is a lot to consider. Even so, this is a no-brainer with the appropriate framework.

It is not the best use of a developer’s work to create the identical mobile phone app again. That’s two platforms to keep track of and manage. Apple is forced to utilize Swift. Android and its Java-based compilers are on the other side of the ring.

Flutter is a Google-developed cross-platform framework. It was first released in May 2017 and has been rapidly growing in popularity among developers. It is a portable user interface framework. To put it another way, it’s a full-featured app Software Development Kit (SDK) that includes widgets and tools. It’s worth noting that apps created using Flutter are more intuitive and simple to use. The problem is that app developers can change the UX using this framework. This procedure requires the modification of a state variable. This is an important point to consider when comparing Flutter vs Native vs React Native.

What are the Pros and Limitations of using Flutter Apps?

Despite the fact that Flutter appears to be the future of app development due to its ongoing development and extensive capabilities, it has a few pros and limitations that are yet to be updated.

Flutter is also like React Native, which means a cross-platform application that allows you to have a single codebase for several projects. Flutter can potentially be created for the Fuchsia platform, a Google-designed operating system that is rumoured to be a replacement for Android. Flutter may be used to create web and desktop apps in addition to mobile apps.

Flutter is simple to use and integrate, increasing durability and flexibility. Developers are always astonished by the progress made in custom widgets and features with each release.

Insufficiency of Third-party Libraries and Widgets:

For example, libraries for React Native are much easier to come by than for Flutter. In addition, several Flutter widgets are platform-specific. If what they need isn’t accessible for their target platform, this may cause some developers to abandon Flutter.

Developers can use code push to publish changes to their apps without having to go through the normal app store release process. Bugs can be fixed without releasing a new release, allowing for a more web-like continuous development cycle. React Native, Cordova, and Ionic are among the platforms that support it. This is not possible with Flutter.

A native app is a smartphone application that is customized to a single operating system, such as Android or iOS, and developed in one of the platforms’ official programming languages, like Java or Kotlin for Android and Objective-C as well as Swift for iOS. Let’s have a look at the pros and limitations of the Native apps.

What are the Pros and Limitations of using Native Apps?

The Native mobile app is created within a fully formed environment, following the operating system’s technical and user experience specifications. The appearance and feel of the app’s interfaces and interactions will be consistent. As a result, navigation and use are faster and more pleasant.

The program is stored on the device, which allows the software to take advantage of the device’s processing power.

It takes longer to produce a consistently high-quality app for all platforms since developers must write particular codes for each platform, such as Android, IOS, and so on. It’s the same as writing code for two separate apps.

As distinct software must be created for the Google Play Store and the App Store, therefore; developers have a limited amount of time to design apps for each platform. As well as, new updates or bug patches must be uploaded to the app store, and users must then install them.

What is React Native?

React Native is a Facebook-created mobile app development framework based on React.js, which is written in Javascript and allows for the construction of multi-platform Android, iOS, and Windows apps in a single code base. React Native began as a hackathon project at Facebook. Below are the list of pros and limitations of the react native apps.

Developers can utilize the React-Native framework for free and reuse the code on other platforms, so they won’t have to engage separate developers and designers for each platform. As a result, the cost of developing a mobile app is reduced in terms of operations, maintenance, and design.

React Native connects to Native components for both operating systems and generates code for Native APIs in advance and without restriction. React Native codes make data binding easier, resulting in a more stable and trustworthy program.

What are the Pros and Limitations of using React Native Apps?

Debugging with React Native is difficult for an amateur developer, but it isn’t much more complicated than debugging in other cross-platform apps. React Native has a built-in inspector, although it’s constrained by the simulator window’s modest screen size. In a nutshell, debugging in React Native is a complex and time-consuming process.

When to go with Flutter Or Native or React Native platform?

It’s worth noting that we attempted to examine all facts and numbers impartially. The purpose of this in-depth comparison of Flutter vs. Native vs. React Native is to assist developers in selecting the programming language that best meets their needs and abilities. Rather than deciding which technology transcends diversity, you should first lay down your project’s requirements and then pick the technology that best satisfies them.

Please feel free to Contact Us to fulfill your ideas to reach the destination!

Why is it such Cost-Effective for Entrepreneurs to Develop React Native Apps?

WordPress with React – How To Make Use Of Headless WordPress With React?

Why and Where Should you Use React.JS for Web Development?

ReactJS: Why it is Taking over Frontend Development?