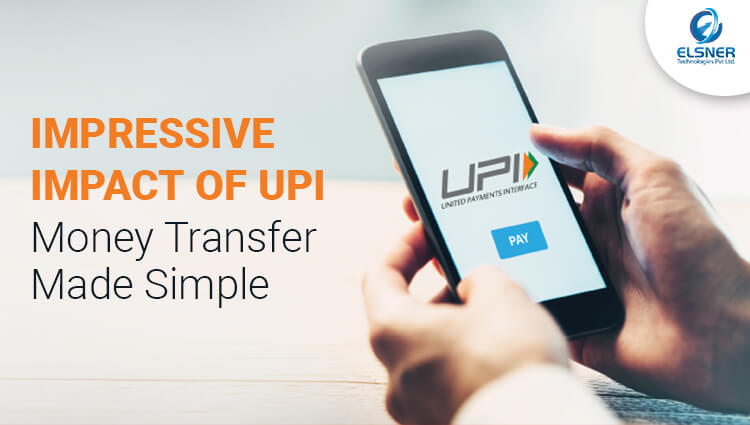 The twists and turns have been quite fascinating since the world witnessed demonetization on 8th November 2016. People were encouraged to keep their money safe and secure with banks and card transactions were starting to be motivated on a large basis. Thus, this was the point where the battle of payment apps begin, but amidst all this there needed was a payment system which made the transaction between banks easy. The answer to this solution came as UPI payment, a real time payment system developed by pro Android App Development companies was later introduced by National Payments Corporation of India.

UPI was introduced in the market in April 2016 but was prominently known only after demonetization happened. Though it took some time for people to accept the digital payment system, the UPI payment apps was a boon as money transfer was made quite simple. A revolution surged in the banking system and gone were the days when it took 2 to 3 days for the money to reach the prospective person.

First, there is P2P money transfer (person to person), the second is P2M (person to merchant). The transactions with the merchant are seen more in action as today many well-known payment apps have started using the UPI system. The idea of transferring money to your friend or relative can be limited to receiving cash back.

BHIM UPI app was the first app ever to solely focus and integrate payment directly from bank to bank. This UPI application allows you to check your account balance and also send money to those people whose accounts are non-UPI. The concept which was once limited to merchant transactions has also been involved in person to person payment transfers.

BHIM has truly become the second name for the bank as with the release of its latest version 2.0, this app will now facilitate in applying and monitoring loans and overdrafts.

The new feature can block a certain sum of money for you and facilitate to pre-authorize purchase of certain products.

Apart from BHIM app itself, there is one of the highest grossing apps that has been using services of BHIM i.e Paytm. A platform which is intended to conduct all types of transactions starting from the bill, recharge to grocery shopping and clothes etc.

The system of UPI transactions has proven to be secure over these 2 years as they are performed under highly encrypted format. The increasing use of mobile phones predicts that the use of Unified Payment system will cross transactions worth Rs. 8000 crores. And it also uses the 2-factor authentication where the user is required to enter OTP rather than the preset MPIN.

On an ending note, it can be said that only in the span of 2 years this payment system has faced criticism as well as appreciation but the end result was that users now find it very easy to surface their transactions without going to the bank, running out of cash or waiting days for the money be successfully transfered.