Google To Shut Down Google+ After Massive Data Falling Out 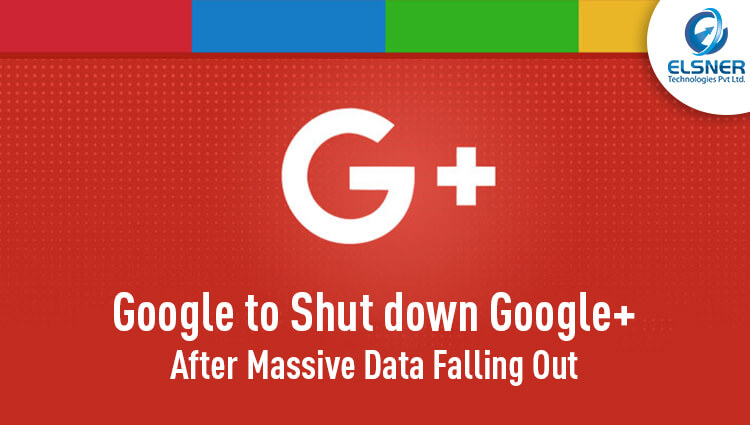 It was about 7 years ago from now that Google had proudly announced the launch of its social networking site i.e Google+. Today, we stand at the point when its about time to bid farewell to Google+ and well this was no major shock for Google itself as over the span of few years it knew somewhere down the line that this would happen. Google+ had started to face security issues and low traffic rate, but it wasn’t just as massive as it is today.

The major reason for this social networking site’s failure was its ability to keep the privacy of its users. Well, definitely security reasons is a striking feature to show any platform an exit door. Also, Facebook’s security scandal was fresh in everyone’s mind which ultimately made the audience more furious. There were technically two reasons behind the shutdown, one was definitely the privacy bug and the second was low traffic rate.

Over the years Google+ recorder more the 90% of its traffic to be lasting for not more than 5 seconds and Google was failing to improve the statistics. It had nearly 2 billion accounts but the number of active users was no more than 400 million users.

Google made the discovery in the error just when Facebook was caught breaching the privacy policy in March, but felt it was best to hold back the news until anything was confirmed. However, the experts confirmed despite the fact that data was leaked, it had not be misused by any developer. And soon after the disclosure, Google thought it would be best to take a step back and shut down the consumer access to focus on privacy policies of third-party applications.

Google+ and its features

It’s ironic and astonishing when it was just about a few months ago that users were taking the advantage of its real-time search feature and personalized results. It had also taken a step forward towards Google conversations, allowing the users to communicate with the experts.

The decision of shutting down

It all started with Google’s negligence for Google+ after it has successfully established itself in the market. There came a scenario where Google started to introduce subset of all the things that Google+ could do and resulting to which people posting on the social networking site started to reduce.

However, now the exit door shown to Google+ cannot be taken back but Google has done some improvements in its third-party applications to strengthen the roots of trust in the user’s mind. Google has declared thatthe new set of privacy policies will handover more controls to users on the amount of data being shared.

Many things will be improved like the way in which permission was granted to the third party app developers will change. It has announced that play store will no longer be allowed to access the text messages and call logs of the user, exception to the case if they are a default calling or texting applications.

This states the end of Google+, although the demolition of the site will be processed over 10-month period i.e until next August. By the time Google has offered the users to gain access to additional information on how and in what way they can source the data stored in Google+ to a different platform.