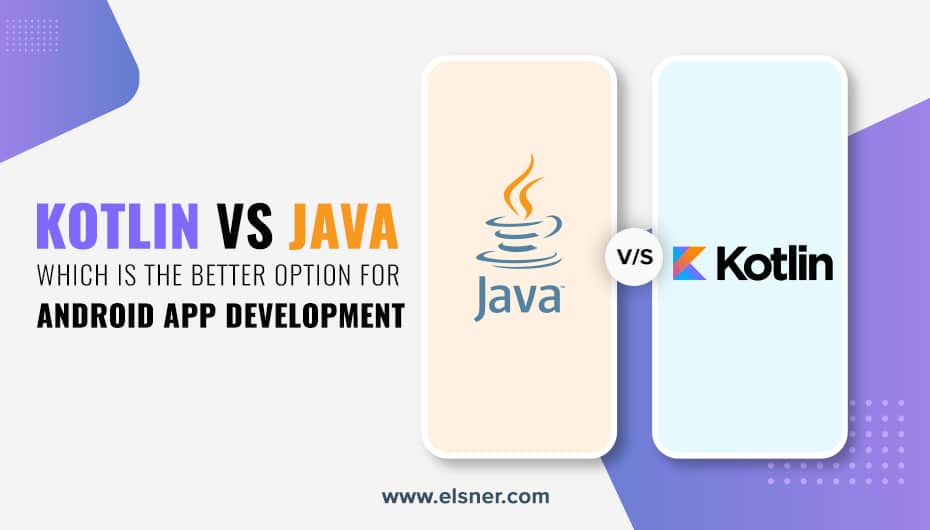 However, now the Java language monopoly has come to an end with the introduction of another, highly functional and powerful language named Kotlin. It is the new Android supporting language that has been in trend recently.

Being an android developer or a layman, you might ask- What is the need to switch the sides now when Java is doing well? Why prefer Kotlin over Java? This post will discuss why android developers are falling head over heels in love with Kotlin. Stay tuned!

First, let’s understand what the problems with Java are. Until you don’t know why Java is giving a tough time to android developers, you will not understand why Kotlin overpowers Java.

What is the Problem with Java?

First of all, the main issue with Java is its age. Just think, it was released 20 years ago. The main problem is that every new version of Java must be compatible with the previous versions.

What puts Kotlin ahead of Java? First, Kotlin has the leverage of being newer and has been designed by the experts who have built up expertise over these 20 years since the inception of Java. So, major pain points are addressed correctly and rightly manner.

The second thing is Kotlin has modern features that Android developers were longing for to make smart, easy, and superior applications. These features have already proven their efficiency in application development projects.

Another thing that you need to understand here is that Kotlin is versatile. It is a one-suits-all programming language for all application development. Isn’t it amazing? For example, you can easily use Kotlin code from Java and vice versa. When you compile to native or JavaScript to develop code, it will run on iOS as well.

It is also a good compiler and is efficient, and boosts the productivity of developers. The runtime performance is also excellent. It is fully interoperable with Java and can run on the Java Virtual Machine; it can be used anywhere where you would traditionally use Java.

Now that we have discussed the main issues with Java Let’s discuss why Android developers should prefer Kotlin over Java.

As we have discussed above, one of the most preferred reasons for using Kotlin is that it is compatible with Java.

All you need to do is to add its tools and frameworks to Kotlin projects. You don’t need to change the entire project in Java. For an experienced Android developer, migrating a project from Java to Kotlin is smooth sailing.

It is Way More Concise Than Java.

Developers love easy coding. They don’t want to use lines of code to make simple functionalities. This is the big reason why developers find Kotlin more convenient than Java, as the former is concise and straightforward. Similar problems can be solved with fewer lines of code which can be translated into a reliable code. Now, code is easier to maintain and read, and change when required. Type Interface, Properties, Smart Casts, Data classes are some of the Kotlin features responsible for code conciseness.

Ask developers, and they will say that simple, concise, and clear code is safer. As Kotlin code is clear, it will invite fewer errors and prevent developers from making common programming mistakes. Also, the number of system failures will reduce, including crashes. Kotlin ensures that developers remain cautious and alert while writing codes to write more robust and stable code since the beginning of the project.

It is Available with a Smarter and Safer Compiler

Adding a powerful compiler was one of the main goals of Kotlin’s development team. What are some aspects of the compiler in Kotlin? First, it detects errors at compile time and not at runtime. Hence, it offers the fail-fast principle to reduce the development time.

In addition to that, the code is concise and clear, which reduces the number of bugs in the code. Also, it performs lots of checks, which in turn lowers runtime errors.

One of the most powerful benefits of Kotlin over Java is that the former is a one-stop language that supports lots of IDEs, including Android Studio.

It allows developers to use all development tools that they are comfortable with freely. They don’t need to worry about codebase at scale.

It’s Been Created to Boost Your Productivity

What is the use of any technology if it does not boost productivity and efficiency? Kotlin was designed while keeping developer productivity in mind. So, it is a smooth ride for developers to develop a new application from scratch as they can write code in less time and deploy and maintain the app at scale.

In addition to that, Kotlin has been equipped with some robust features that speed up development. Some of these features are Object Declarations, Parameter Values, and Extension Functions.

What does better functional programming mean? It means that your app’s performance will improve via inlining, and you will be able to joggle with different functional concepts more concisely.

Applications made with Kotlin are more functional, feature-rich, and offer a superior user experience to their users.

Null in Its Type System

One of the main pain points of the Java language is its inability to represent Null for the absence of certain values. However, with Kotlin, this is not an issue anymore. With Kotlin, developers can place null right in its type system for these values, eliminating the problem entirely.

First of all, let me assure you that Java is not going anywhere. It is here to stay and for a long period. It is still the most preferred android development language worldwide. However, Kotlin will also stay here for a long period and will become more developer-friendly with time. Some of the apps that have incorporated the new features of Kotlin are Atlassian, Pinterest, Basecamp, Coursera, and many more. One thing to conclude here is that Kotlin has some unmatched benefits over Java, and it can offer some fantastic user experience to users while making application development much simpler.