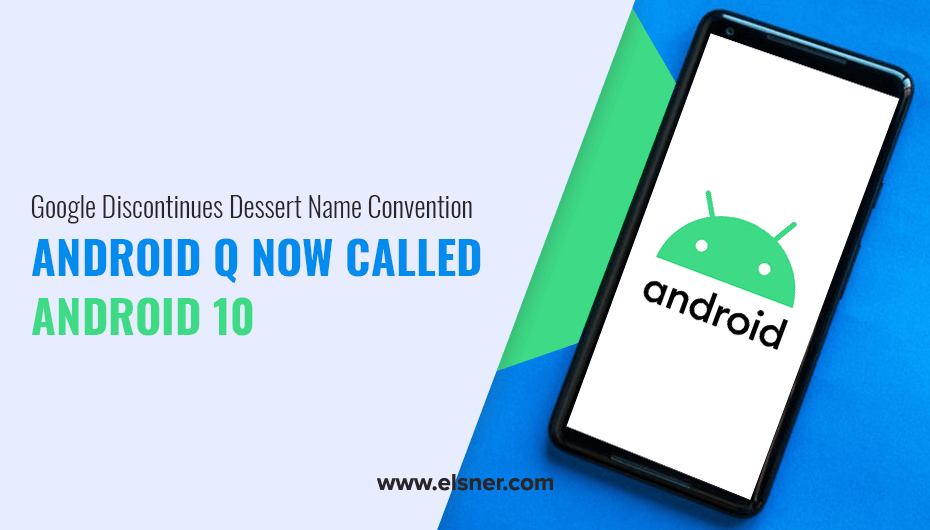 “Google parted ways with its decade-old practice of naming their Android updates with dessert names. This was a surprising update. However, we now know that Android Q has got an official name, and yes, it’s not “cupcake” for sure! It’s completely different! We are already sure you are surprised seeing “Android 10” as the name for the new update. However, it’s true!”

We are probably quite near the official release of Android which will be called “Android 10”. Recently, Google confirmed that it had ditched the idea of giving dessert or sweet names for new Android releases. This has been done because there were differences in the citation of the pronunciation of letters in different languages. This led to confusion in the minds of users.

Hence, instead of the earlier specified name for the new update, Android Quinche, it will now be called Android 10. So, we are back to where Google started it all. This is terrific news for all Android developers as they will now be able to use Android app development services to create amazingly creative apps for businesses and personal use.

In March this year, the beta version of Android 10 was launched. Since then Google has been quite active in releasing regular updates. In the latest one, we can see notable accessibility features, increased privacy and security initiatives, a new night theme, and parental controls.  Google has religiously released all the scheduled beta updates. Now, we are waiting for the latest Android version to get officially launched.

In the forthcoming sections of this write-up, we have provided information about the new features that you can expect in Android 10. We promise after reading this content piece; you will be in a far better position to comprehend the different features to expect in this latest Android update.

Before we start with the features, it is essential to note that as we write, Google has expanded the list of supported devices to this new update to 21 from 12 different OEMs.

Google has already phased out the beta program for Android 10. The first beta version arrived in mid-March while the last one in all likelihood will happen in the third quarter of this year. We are expecting the final release to occur at any day now! 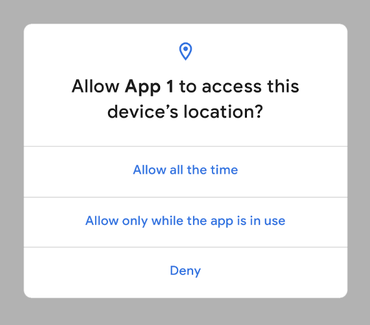 Google has addressed the user privacy factor in Android 10. A prime example of that is, now users have the power to restrict when an app can access their location. Before this update, users could only give access to your location from the app or opt-out of it. However, with Android 10, users will be able to restrict an app’s location access only while using the app.

Apart from this, you will also find other features like restrictive access to device identifiers like IMEI, serial number, and other IDs while tracking a user. There are also more delicate controls for file management that you can expect from this latest Android update.

Similar to Facebook messenger’s Chat Heads, Bubbles will showcase small, floating alerts in a circular motion on top of your Android device. However, to use this feature, you will have to improve each app separately to use Bubbles as a notification.

Today, every Android user has already experienced the slowness of the share sheet loads. At present, when you tap on the share button there is a wait time of a few seconds. This delay is due to the fact that various apps and shortcuts need time to rearrange and showup. However, in Android 10 update,  Google is integrated new tools that make share sheet to load without wasting any time.

Similar to iOS 13 update, Android 10 will also have an official Dark Theme. This new theme will darken the interface, which will reduce the eye strain and even save your battery life. Can it get any better than this?

Google has plans to integrate a Live Caption feature through which users will be able to see subtitles for any video from their Android devices. There will be no need for a data connection. Everything will be taken care of by the device. A useful feature, isn’t it?

Google employs the Digital Wellbeing tool in Android 10 that assists in providing stringent parental controls. Parents would be able to control the apps that they wish to install, set screen time limits, create the limits on the number of apps to be downloaded, and set a bedtime alarm.

Google is trying to integrate a specific technology in Android 10, which will give developers and users access to the image through which they would be able to capture Dynamic Depth through new tools.

Smart Reply for everyone

One of the great features in the market that predicts what will be your response to a text message. With Android 10 you will get suggested responses in every application and save your time.  This update works on-device Machine learning but it also ensures that your private data is not shared with Google’s server.

When Google first announced Android Q as its next update everyone was speculating what “Q” in Android Q stands for. However, Google decided to ditch the dessert name convention and went back to its original numbering scheme.

Android Q is now Android 10 and moving forward; we can expect the numbers to keep rolling instead of sweetening things through desserts. If you wish to exploit this current development trend, we suggest you opt for Android app development from a professional Android app development company today! Every Android App Development Company had thoughts that it would be something unique and interesting. Google then decided to change the chronology of giving desert names and used a simple name Android 10.

In this blog, we have discussed some of the important updates rolling out with Android 10 and every application should be compatible with them. The latest update may restrict permissions of the applications and that might affect the performance of your business. Hire Android app developer with us to follow the development trend in your application and engage more audiences easily. We never miss an update and ensure to deliver the best services to our clients and the customers using your application.