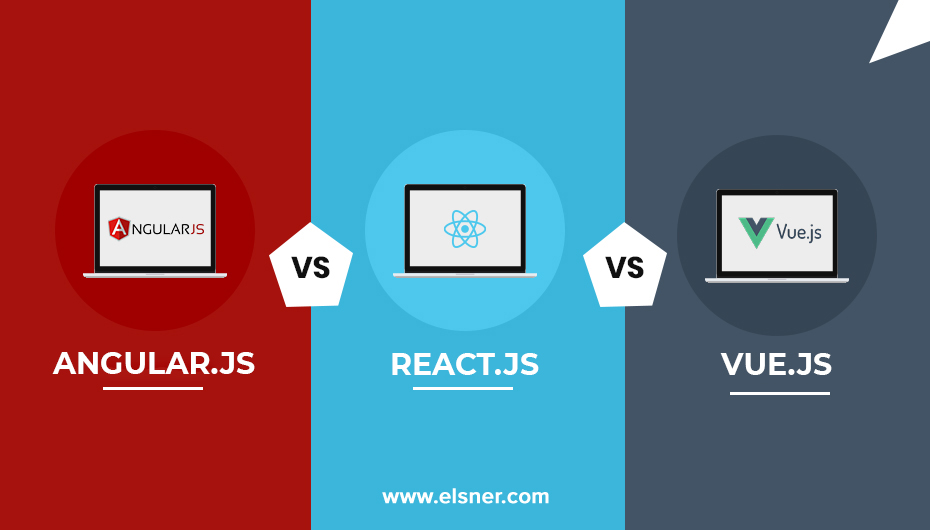 You can always check and collaborate the front end of a web application with a web browser. Designing this part is called front-end development.

One can even say that designers creating user interfaces and planning experiences are likewise front-end developers, as they are acting in participation on the same part of the project.

To construct the front end, engineers employ the consolidation of HTML (for primitive page framework and composition), CSS (for visual editing), and JavaScript (for creating interactive websites). The same collection of tools is adopted to build Progressive Mobile Apps (PWA)  –  mobile apps that express and perceive like a native one but are designed with the adoption of front-end technologies.

In this article, we will discuss available preferences to make an intuitive and professional front-end for the website; this article will also help choose an appropriate platform to design the front-end of the website/web application according to business requirements.

It is a batch of technologies devoted to designing the user interface of web applications and web pages. With the aid of front-end technologies, developers build the composition, architecture, animation, and everything that you look at on the screen while surfing up a website, web application, or mobile app.

You might have bumped into several of the front-end technologies accessible in the market. Selecting an appropriate one becomes onerous when you have diverse preferences such as Vue.js, React, HTML, Angular, and many substitutes, specifically when you are a layman, knowing nothing about front-end technologies.

We prefer here some of the most JavaScript front-end frameworks such as React, Vuejs, and Angular to glance at them.

Let us serve you to pick the appropriate front-end technologies for your web applications.

Angular is a development program erected on the typescript. It’s a component-based framework for developing extensible web apps. It includes a group of well-unified libraries and elements, like client-server communication, direction, and further.

It allows you to run HTML as your template language and allows you to develop HTML’s syntax to communicate your application’s factors precisely and shortly. It carries developer tools to expand and scale projects from sole-developer range to enterprise-grade applications.

AngularJS’s data binding and dependency injection phase out exceptional of the code you’d otherwise need to compose. Moreover, it’s invariably modernized technology with its latest evolution headed by the Angular team at Google.

Facebook formed React and introduced it in 2013 as a far better approach to developing web apps with JavaScript. it’s always a library for architecture UIs, short for “user interfaces.”

ReactJs is a prominent and open-source JavaScript framework for designing front-end web applications. React is a fascinating library to know because it doesn’t take over HTML. It gets the popularity of HTML’s fame and stability because of the exceptionally universal programming language by letting you adopt a uniform syntax to HTML to start interfaces and include influential components thereto by applying JavaScript.

So, designers can strengthen rapid and extensible apps for all platforms thanks to their “learn once compose anywhere” fundamentals.

Why to go with Vue

Vue.js is a JavaScript framework for developing user interfaces (UIs) and single-page web applications (SPAs); Evan You was created and released in 2014; the framework promptly acknowledges Evan’s time dedicated to completing AngularJS at Google. Vue.js is open-source, and it applies a model-view-view model (MVVM) style of architecture.

Although Vue isn’t rigorously amid the MVVM (Model-View-View Model) pattern, its architecture was somewhat influenced. With Vue, you’ll often be performing on the ViewModel layer to act confident that the appliance data is transformed in a manner that favours the framework to hold out an up-to-date View.

The Vue.js core library concentrates on the View layer merely. It’s announced a progressive framework because you’ll continue its functionality with official and third-party packages, like Vue Router or Vuex, to show it into an unbroken framework.

Vue is lightweight, accessible to understand, and pleasant to compose in. due to its comfortable templating syntax and peripherals, incorporating or emigrating happening projects to Vue is swift and smoother. For that reason, Vue.js is legendary for startups but is often even as thoroughly handled on a huge scale.

What are Elsner’s Recommendations?

Here we’ll examine diverse views of Angular, Vue, and React to know how they correspond to your business needs. This article isn’t just a model on Angular vs. React vs. Vue but intends to present a framework to facilitate determining front-end JavaScript frameworks generally. If a novel framework takes place, you’ll learn precisely what specifications to glance at.

This article isn’t just a catalog on Angular vs. React vs. Vue addresses how to yield a format to encourage distinguish front-end JavaScript structures generally.

If the judgment you’re acting on is predicated on Angular vs. React alone, therefore, you’ll need analyzing the opportunities and obstacles discussed for those libraries during this article. But comprehensive, save that they will manipulate both libraries for mobile and web apps, while angular is usually good for highly complex, enterprise-ready apps. React usually involves extra components and elements that carry the inspiration library short, but it means extra effort when integrating far apparatus.

On the varied part, Angular is true of a full-fledged solution that doesn’t involve extras like React usually goes on. Nevertheless, it’s a steeper learning arch for its origin measured to React.

It is exceptionally reasonable for transitional to progressive JavaScript engineers, simple with approaches from ES6 and up, while Angular favors those self-same engineers who are likewise mundane with TypeScript.

Vue is mostly considerably appropriated to miniature, slighter complex apps and is simpler to understand from scratch than React. Vue is often flexible in uniting into different or occur in projects and lots of considering its value of HTML templates and JSX a plus.

How Elsner Helps to choose appropriate one between three

There are not any standard guidelines or principles to pick the farthest one of them; however, we at Elsner have a well-experienced set of team who can find out your business challenges and its possible solution. They will evaluate your business objectives and then will recommend you to choose one that might help you to serve your core purpose.

Our team can work on any of the front-end technology. Not particularly this, our team keeps themselves upgraded with the newest technologies trends and owns comprehensive experience to deliver simple to complex web applications for any of the business domains. So, what are you waiting for? Contact us now and provide us with an opportunity to serve you.