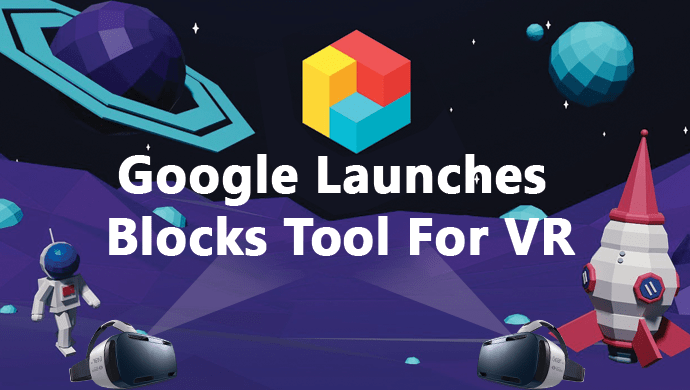 Introduction
Blocks, Google’s newly revealed tool for 3D-modelling, a smooth way toward compelling virtual reality (VR). Blocks give you a chance to utilize an HTC Vive or Oculus Rift to make low-poly 3D items and scenes in a VR domain. The former software requires building 3D models on a 2D screen which is something you don’t want to work with, It works by authorizing users to make a 3D model on a virtual 3D canvas.

Using these tools, you can bring your mobile app development to life, starting with a basic set of shapes, a color palette and an instinctive set of tools, you can create models as simple as a mug and as complex as a spaceship. The user would have the capacity to rapidly make nearly anything he/she can imagine. After the user is done with the 3D model, the document can be exported out in OBJ format to use in AR or VR applications they are developing.

Blocks are outlined in a way that anybody with no earlier modeling experience can utilize and “feel more like playing with children’s blocks than working with conventional 3D displaying software”.

Google says that Blocks intuitive tools make it far more straightforward to make 3D resources than working with conventional modeling software. It’s also set up a gallery where you can see other user’s work to get some inspiration. Users can export objects and make them viewable online, or they can place them in 3D scenes inside and outside virtual reality. On Google’s website, visitors can even spin objects around to make downloadable animated GIFs.

Unfortunately for Google Daydream users, Blocks is presently limited to high-end headsets, which have complex hand controls and let you walk around creations. However, with Google pushing all-in-one Daydream headsets that could coordinate the Rift and Vive’s list of capabilities, that may not generally be the situation.

The application is accessible for free on the Oculus Store and on the Steam platform. Google has additionally set up a page where Blocks user’s designs are exhibited.