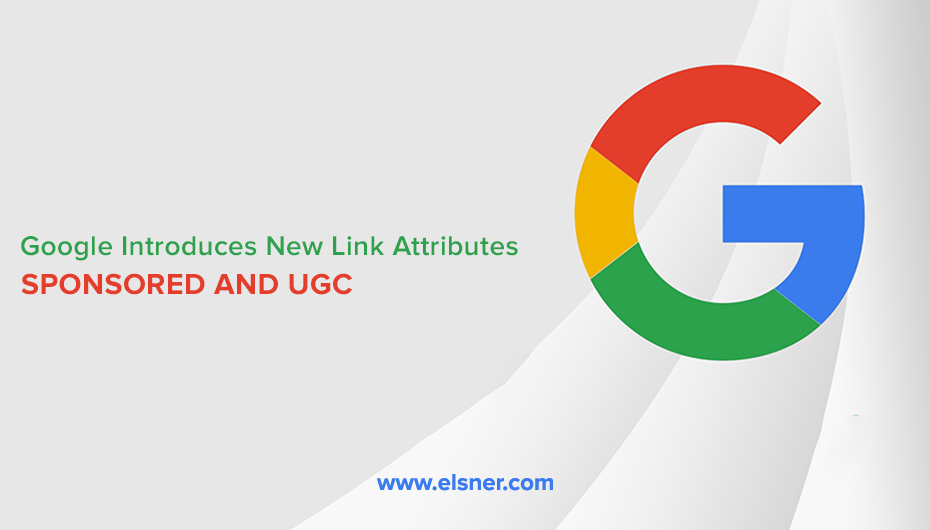 It has been 15 years since the nofollow attribute was introduced as a means to combat comment spam. It has quickly become one of Google’s recommended methods for flagging advertising-related or sponsored links. Since then the web has evolved, and so it is about time for no follow to grow as well.

To achieve this endeavor, Google has announced two new link attributes that will provide webmasters with additional ways for Google to ascertain the nature of specific links. Let’s try to get a brief up about these new link attributes. 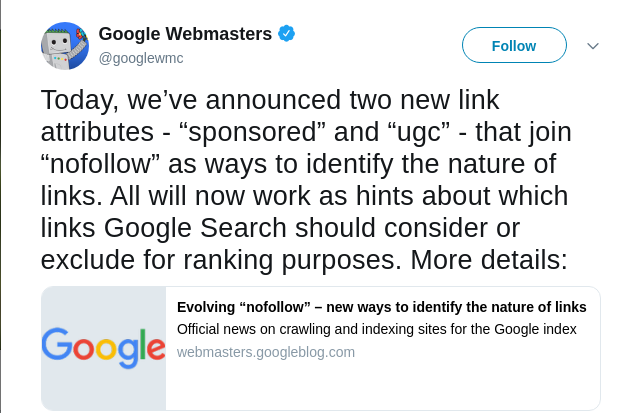 This attribute is written as rel=”sponsored”. It assists in ascertaining links on your website that have been created for sponsorships, advertisements, or other compensation agreements.

UGC stands for User Generated Content. This attribute is written as rel=”ugc”. The attribute value is suggested for links that are used for user-generated content like comments and forums.

This attribute is written as rel=”nofollow”. You can use this attribute when you wish to link to a particular page; however, do not want to imply any endorsement like passing along credit to another page. 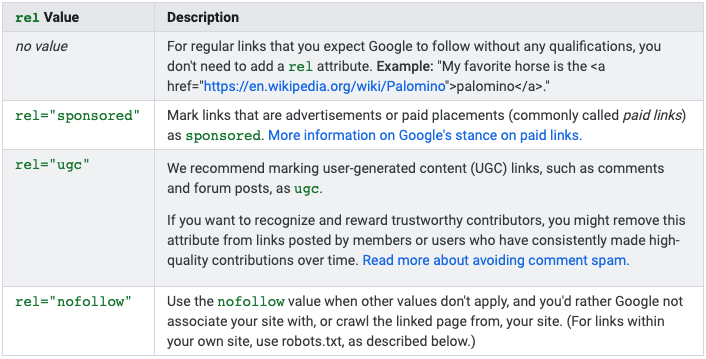 So, what exactly has changed?

NoFollow Changing to a Hint

On an immediate basis, Google has made no-follow attribute as a hint. It assists in determining which links to consider or exclude within search. These hints have been added along with other ranking signals. This way, it can comprehend the best way to analyze and utilize links within the systems. On March 1, 2020, Google is planning to introduce changes to Google crawls links with nofollow attributes wherein the nofollow will be employed as a hint for crawling purposes also.

What Prompted this Change?

The reason for this change by Google is to provide a better analysis of links. The company has even stated that specifically in their new blog post:

Using the new attributes allows us to better process links for analysis of the web. That can include your content if people who link to you make use of these attributes.

Google has already quoted that the links that are tagged with anything except sponsored could still potentially pass PageRank or count as credit in some way. So, can we consider it to be merely a mention that has become more popular with the idea surrounding EAT? Google has tried to answer this with the help of theory.

Imagine, you happen to employ a wrong attribute to a link, what happens next? Google says that there is no incorrect attribute except when it comes to sponsored links. In case you flag a UGC link or a non-ad link as “sponsored”, you will see a hit. However, the impact if at all would be that Google will not count the link as a credit for another page. So, it will be no different than the status quo of several UGC and non-ad links already marked as nofollow.

However, this is an issue that has been going the opposite way. Any link that is an ad or sponsored needs to use “sponsored” or “nofollow”. It is preferred that you use “sponsored” however, “nofollow” is acceptable.

What Prompted this Change?

Now, the critical question is, why a webmaster should employ any of these attributes instead of the current nofollow? Google answers this by saying that you are not compelled to use the new ones; however, it suggests you do that. Which raises a question as to why would webmaster bother making this change? This is precisely when it comes to large sites with large undertakings. The CMS would also have to change, which would enable site owners to tag links with these two new attributes.

Google has already said those employing nofollow for crawling or indexing purposes to prevent a page being indexed, require to use another method to block crawling and/or indexing. This way, the site owners will get six months to reconsider the different ways to manage the crawl budget in case they are currently managing it with the help of nofollow links.

The modification that Google has announced in regards to nofollow as a hint next year showcases certain concerns about spam. In case, it is only a hint instead of an “absolutely do not count this link for PageRank or anything else” as it currently stands. This means that sites that do not enable comment could see a spamming increase to a significant number.

However, Google claims that spam will not be an issue. However, in case, there is a potential that links could count under the new hint model, and hit sites hard. This very reason would make site owners ensure that those links are tagged with UGC instead of only nofollow, particular in cases where certain spammers auto scrutinize the attribute being employed on a site.

Certain people also have the opinion that in most of the cases, the move Google is making to the hint model will not alter the treatment of certain links. However, it leaves the scope for Google open, especially in certain scenarios where Google takes into account certain values in these links.

Google has specifically mentioned that there would be no effect, and it would be possible for site owners to use either no follow or sponsored. The most significant change would be for the ones employing nofollow for crawl budget purposes.

To effectively utilize this new update, we recommend you to affiliate with a reputed SEO company and avail their professional SEO services. Take advantage of their SEO services in USA and get the right results for your business!

SEO For Tourism: Why SEO is The Most Productive Channel for your Business?

SEO for Small Business: The Ultimate Strategies for Better ROI

Know the Best Insights to Drive 150% Pre-leads for the GYM with Elsner!

Experts Views on How to Implement Conversion Rate Optimization Perfectly?

Google June 2021 Core Update – All You Need to Know

How to Stay Updated with the Latest Google My Business Trends?