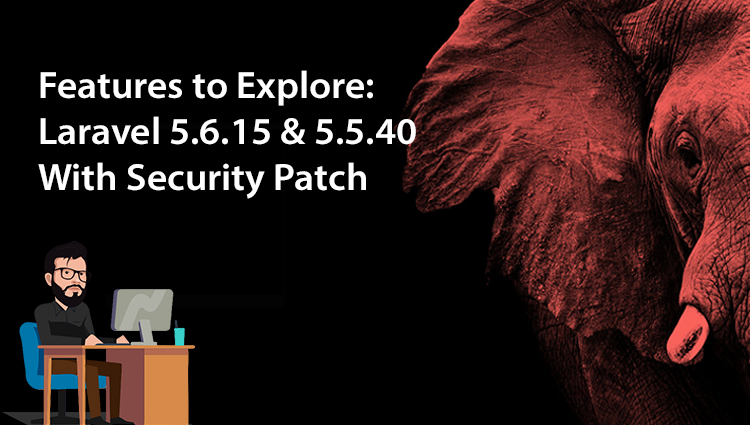 The next major version of the Laravel framework, Laravel 5.6.15 has been released and is now officially available. This release has many new features than its previous version, which can help in the Laravel development services and make your Laravel projects and website run effectively.

Let’s go through to the new features of this latest version.

The task will run on each server if you have a task scheduler running on multiple servers. The only thing you need to do is, indicate that a task should only run on one of those servers which have the on OneServer() method.

Instead of using closures in your channels.php, you can simply use Channel classes.

You also register your channel in the channels.php file like so:

You can now alias blade components for more convenient access.

Here is the example of it,

If a store is containing a component of resources/views/components/alert.blade.php then you can use the component() method to alias it to a shorter the name:

Blade::component(‘components.alert’, ‘alert’);
You can then render it with the alias that you have defined:

The most important feature in Laravel 5.6 release is the logging improvements. For the beginners, v5.6.15 logging configuration can be moved from the config/app.php file to the new config/logging.php file. You configure stacks that can send log messages to multiple handlers. For example, you might send all debug messages to a system log and send error logs to slack.

The Laravel team has come up with the new release i.e; v5.6.15 and v5.5.40, with new included security updates. So it is recommended that everyone should get their Laravel version upgraded to this new version. It is said that the new version is the best version for Laravel development services as it has great security features.