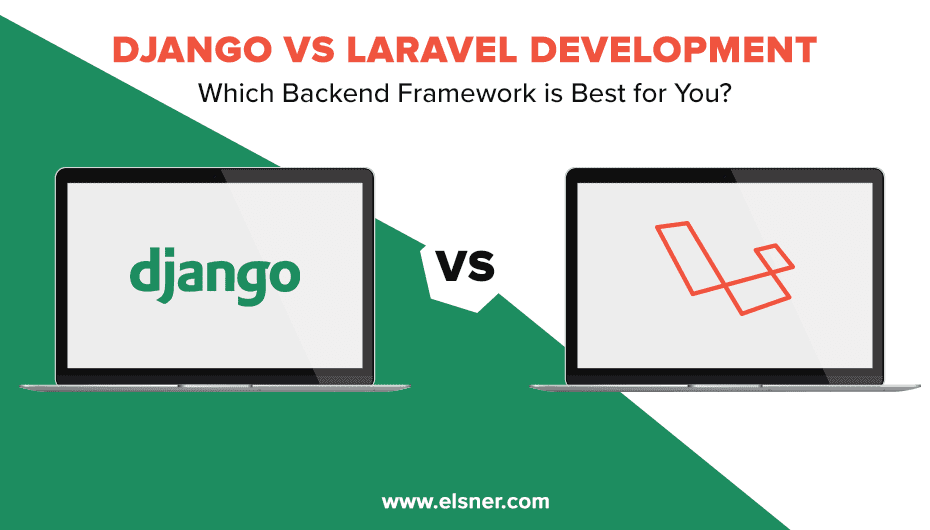 What are Web Development Frameworks?

It is a complicated process that has many resources available in the development market. It has frameworks that include templates to represent information, programming environment, API interface, and Content Management Systems. Whether it is Django or Laravel Development both have two frameworks namely:

This framework includes the visible part of the website and has some pre-written codes in the packages. The frontend works on a few things like:

This is also known as server-side programming and handles all the functions of the website. This framework generally works on storing data, processing data, retrieving data, and managing responses.

Let us look at both frameworks:

It has become the most popular web development framework and follows the MVC (Model-View-Control) architecture. It is ideally made to build Content Management Systems and makes the job of developers easier.

It has a great community of and the documentation is simple for beginners too. This means you can easily avail the Laravel Development Services in the market or learn the basics and get started.

The framework is always updated with the latest PHP features that can be easily found on Laravel. Laravel 5 has some features like interfaces, anonymous, namespaces, overloading, functions, and more

This framework helps in developing command-line applications seamlessly because of the Artisan CLI. It incorporates the advanced tools to perform migration and tasks effortlessly.

The open-source framework that is written in Python and used to develop web applications and complex websites. It works on Model-View-Template architecture which is popular as it has lightweight features and standalone modules for web development and testing. The purpose is to simplify the process of developing complex websites and applications in short durations.

It is used for websites or applications that have heavy traffic and engagement in digital media. It has features that handle and manages the functionalities of the websites during heavy traffic loads.

It does not allow the developers to compromise security on any level of the development process. The Django developer can take care of security breaches like SQL injection, cross-site request forgery, click-jacking, cross-site scripting, and many more.

Developers can build applications and websites with ease. One can launch a portal within a deadline easily with Django.

Both languages can be used for basic routing code. Generally, Django’s code is considered to be more complex while the Laravel code is intuitive. Hire Dedicated Laravel Developers as the routing process follows regular expressions.

Python is considered the fastest language when tested based on JSON serialization. Django is considered better when it comes to the performance of websites or web applications.

Online platforms face constant vulnerabilities and attacks on their data or sensitive content. Laravel coves the fundamentals of security but it cannot match the level of security that Django has. It handles the security and ensures that developers do not make mistakes in the web development process by taking the best security measures.

One of the best advantages that Laravel offers is supporting the work of API. Django does not have a library to support RESTful API and its underlying elements.

It depends on the individual but Laravel does have great documentation that makes it easy to ace the PHP language and get the correct framework. Some developers might be comfortable with Python and have a great hold on it, so they might prefer that over PHP.

Routing is problematic in Django because there is no structure to develop APIs. It has Object Relational Mapper and high-level abstraction on the relational database that helps the developers to write the code in Python. They can easily create, read, erase, or modify the data and schema in the database. Laravel lets the developers use the REST framework for API. So it is comparatively faster and has in-house supports for SASL and cache back-ends.

Both Laravel and Django have their strong and weak sections it depends on your developers and requirements. Laravel is ideal for developing simple and complex websites or web applications. It will save you time if you hire dedicated Laravel Developers for your development process.

There are times when you will be confused between the technologies and technical terms. You can hire a Laravel Developer that has the knowledge and experience of Django services. Laravel Development services can easily fulfill your demands and targets that you have decided on your business. To know more about the web development framework and which is better for your business Django or Laravel? We can help you in resolving all your issues and handle them easily for you. Contact Us! To get the best services and support as we believe in building long-term relationships with our clients.