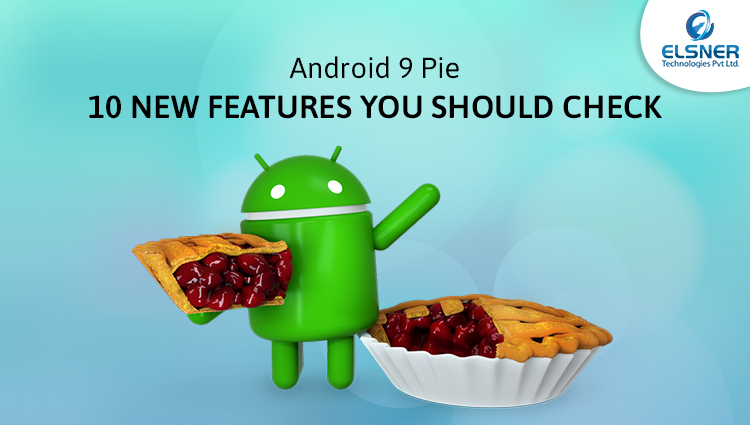 With the world sinking in the digital and technological era there are no limits to innovation taking place when it comes to any mobile software, operating system or artificial intelligence. Everyone is after the mobile technology as the trend of everything on hand is growing at a rapid rate. This emerging demand has brought many technological changes one of them is the release of Android 9 Pie.

This hot new operating system brings a change in the usability of android users making the operation easier. The Android 9 Pie release date announced as ‘6th August 2018’ by Google in its Pixel and Nexus phones has created a spirit of curiosity. As the OS claims to be full of roller coaster features with better functioning of UI and AI. Until the official release the beta version of OS was running in the market. It is known that with each upgrade the new system has something better than the previous versions.

The mainstream advantage of android 9 pie is that it adapts to your daily life and function according to the lifestyle you follow. Starting from predicting your task and moving you to the task location automatically, to optimize and prioritize battery settings, to disconnecting your phone at the end of the day this new OS will reach to different heights in terms of user experience and an Android App Development Company add a new Android 9 pie feature in the application.

The advantage of using Android 9 pie features will first be given to the Google Pixel phones. The version has already been rolled out in Pixel 2, Pixel 2 XL, Pixel and Pixel XL. however other mobile phones will have to wait for the features to roll out soon, probably by the end of November.

Although the launch has already happened and functioning efficiently in the Pixel device, all the features are not expected to run immediately. Some of them will still be held until the end of November. One can say that the remaining features might roll-out with the remaining devices.

However whether in the market or not let’s take a look at all the features that will form part of Android 9 Pie sooner or later. 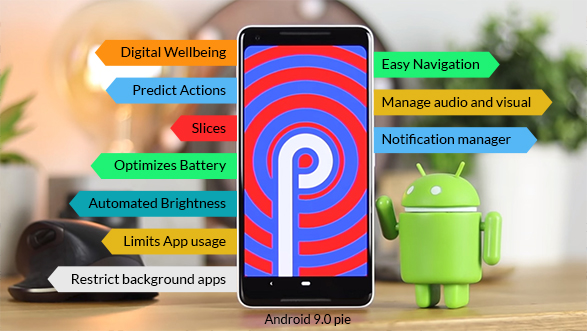 One major and most important feature of latest OS version is not out yet and is still kept available only for the Beta version. This additional feature brings you to the facility of tracking the usage time of your mobile phone. The dashboard available in the notification bar keeps you updated about the running applications along with the time spent on those. Other things included in this feature is improvements in visual interruptions while the phone is kept in Do Not Disturb mode.

How does it feel when you are about to do something or open anything that thing automatically pop-ups without any direction? Well, sounds like making the work much easier. The new feature ‘App Action’ is similar which predicts your upcoming actions and move you to the task location quickly. For example, if you connect your headphones that the system will automatically suggest the playlist you were listening to previously.

Slice as the name suggests means a part of something. This new feature allows the user to keep in display small part of any of your favorite application while running another app as well. In simple terms, you are allowed to view some relevant parts of the application.

The operating system predicts the apps which apps will be or will not be operated by the users in the next few hours. This helps the system to allocate battery usage to each app depending on their priority.

Android Pie 9 analyses your brightness requirement depending on the environment and later does the work automatically for you. Thus the automation reduces your daily task of adjusting the brightness.

You can limit the time of usage of a particular app say 15-20 mins. This restriction will alert you when the time is over. This ultimately allows you to check the app usage. This is also beneficial in case you need to remind yourself to make minimal use of mobile phones.

The Android Pie version will help you block certain apps running in the background. So that your phone does not waste its battery over unnecessary applications. The apps will no longer remain active in the background and will only open on clicking directly on the icon

The Android Pie’s gesture navigation feature will enable you to switch between applications using just a gesture instead of the old technique that required to use buttons.

One interesting feature that syncs the sound and display of any video. It is a supporting feature for the headsets that restricts the delay in sound reporting.

The OS system gives more control when managing your app notifications. You can turn off notification for a range of apps and keep also keep certain apps in priority with the help of this feature. This reduces the hassle and traffic on your notification bar.