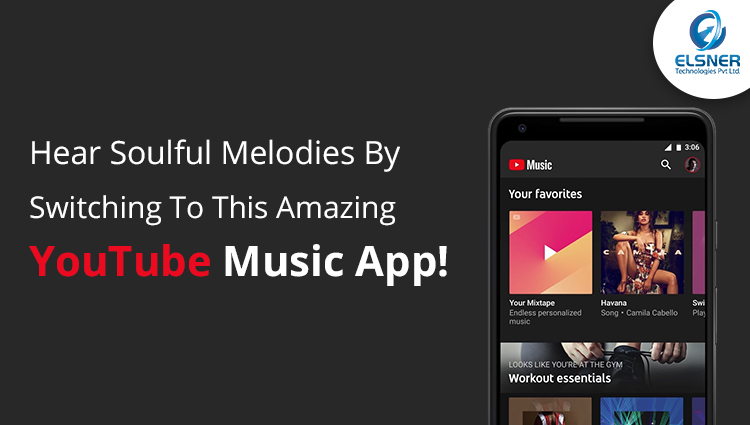 YouTube has been around since decades. It is regarded as an undeniable king of online videos. The great news is now it has moved into music streaming world with the addition of a new app. It is about time that YouTube got its due when compared to other big brands like Apple Music, Amazon Music, and Spotify with the aid of a new streaming platform. By affiliating with an Android app development company it is possible for you to create such amazing Android apps by hiring Android app developers.

The most important thing to be noted is whether YouTube app can justify its role as the new online music platform. In the forthcoming sections we will look at the advantages of switching to this amazing YouTube app today.

But before we dwell at that point it is important to look at the pointers that differentiate YouTube music app from other streaming partners.

YouTube Music app is quite similar to Spotify and other streaming services. In fact, you will not have any difficulty whatsoever to use this ingenious app. It is very user-friendly. Moreover, its core function remains the same as those of other online streaming platforms. It is possible for you to search for a wide array of titles, save the songs in a library, and organize the playlists. The amazing news is that with the help of this music app it is now possible to collect data that can be used to create personalized playlists. The first time you launch the app, it asks you to opt for your favorite artists to achieve this feat.

YouTube music app uses a wealth of technical expertize as it is part of the Alphabet Inc. Group which includes Google. The end result? You get smart recommendations that are personalized as per your preference. It takes into account not only your listening habits, but also the location of the user and the time of the day. This way you can get different listening options when you are enjoying tea in the morning and while hitting the road at the end of the day to go for the gym. It is possible for you to disable the location access.

Now that you have understood the basic difference between YouTube music app from other streaming partners it is time to divert our attention to the business end of the write-up.

In this section, we will discuss about the advantages of YouTube Music app.

It is even possible for you to access playlists created in your classic YouTube account in the streaming app. But, the bad news is, you will not be able to import your lists from Google Play Music or from any other streaming apps.

The user interface is quite smooth in operation both in terms of apps and browsers. You get three categories in the navigation:

The only problem is, you do not get the sorting option in the library..

It is possible for you to sign up for the free version of YouTube music app. Here, you can access your complete streaming library employing the search function and group the songs into playlists. This is where YouTube Music app gets ahead of the free version of Spotify mobile app, where songs are played employing a personalized algorithm.

But, similar to Spotify’s free version, you get to see advertisements on the YouTube Music App. The other problem is, the music stops playing as soon as the screen is locked or you open another app. This is where the app loses its shine.

Avail “Offline Mixtape” feature with the paid subscription. With the help of it, you can save automatically a maximum of 100 songs, depending on your listening habits. It is possible to download videos with the subscription. You can even access “YouTube Originals” series films produced by YouTube.

The YouTube Music app consists of a smart search feature with no equalizer, possibility to switch between video to audio mode in the premium version, and one-month free trial period. It comes with a Wi-Fi module, high-end sound converter, integrated streaming support, and cable connections.

In the end, it has got to be said that YouTube Music app is a blessing in disguise for music lovers. It provides classic streaming functions as an app and in browser. All in all, you will have a great by switching to this amazing YouTube App today.