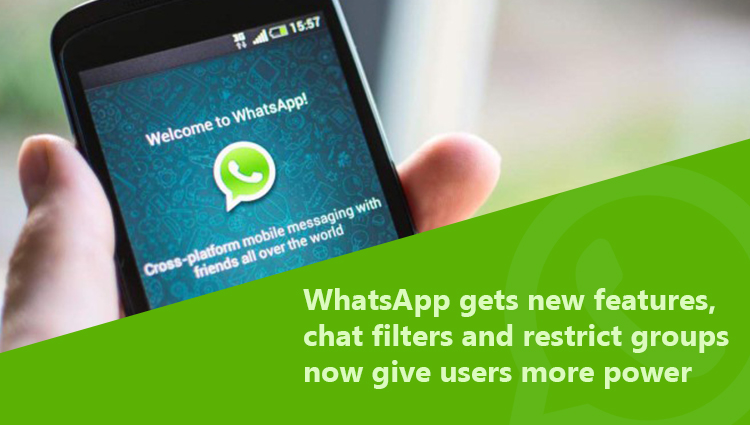 Whatsapp has faced many changes since the change in ownership and becoming a Facebook-owned application. With the technological changes brewing over the heads, it has become important to keep developing the product or service. Whatsapp is working on some features to enhance the user experience.

When any person is gone for a while from the conversation he or she misses out on important information and it is then difficult to track the messages. With the new feature, WhatsApp will allow its users to search messages using certain filters.

However, these features might only be accessible on WhatsApp Business App.

Earlier, people used to face the problem of being added back again to a group even after leaving it multiple times. But the new feature will allow individuals to leave the group permanently with no further headache.

With the restrict group, admin can now disallow its members to respond or send any messages, through text, videos, or other contents. The creator of the group later shifted to a normal participant cannot be removed from the group.

The new update that concerns iOS users, is that the videos of Instagram and Facebook will be linked to WhatsApp. This will allow the users to watch videos and media on WhatsApp only instead of a different app being opened.

Apart from all these features Whatsapp is making additions in WABeta in order to run tests on its new ideas which upon success can be added to the original version soon.