Top 6 Biggest eCommerce Deals of all Time Till Date 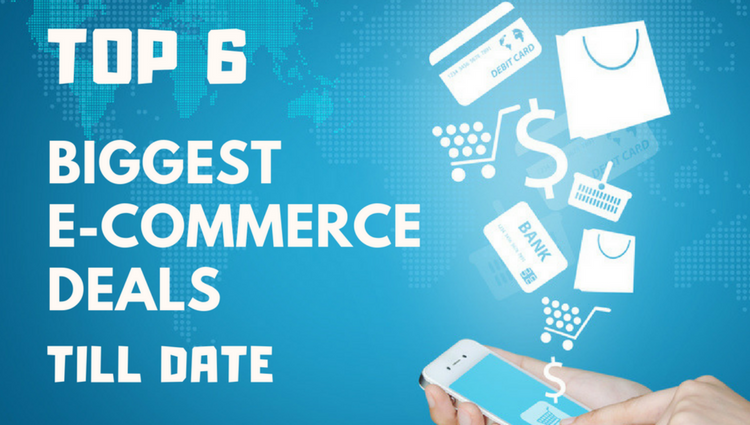 In the past, there have been many e-commerce deals which have left the whole world stunned and also benefited the company acquiring the assets of the another by proliferating its business and market value.

Let’s have a look at the top 6 Biggest eCommerce Deals that have created a huge impact on Magento e-commerce development.

The first deal that created a great impact on Magento development was the acquisition of YouTube by Google for $1.65 billion in October 2006. This deal eventually led the market value of Google to be increased by 2 billion$ and it also made Google, the king of both search and video.

Google’s another smart move was the acquisition of Android in August 2005 for $50 million. Everyone knows the value of Android in the world of smartphones today. Google profits from mobile ads displayed on Android phones though it doesn’t charge for the operating system. Google executives recently said that mobile ads are now a $1 billion annual business for Google.

Paypal, the platform for online payment systems supporting online money transfers was acquired by eBay, the e-commerce website for $1.5 billion in 2002. Paypal brought huge revenues for eBay at that time so it was a compulsion for eBay to acquire it at such a huge amount. Magento eCommerce development was led to a new direction in the development of e-commerce sites after this acquisition.

Yahoo bolstered its position in the market of web search advertising against the strong rivals such as Google and Microsoft by acquiring Overture for $1.63 billion in July 2003. This deal allowed Yahoo to expand its pay-for-performance search business.

Google was able to give birth to Adsense because it gained the technology to scan web pages and serve contextual ads to the customer after the deal of acquiring Applied Semantics for $102 million.

Hotmail pioneered the Web-mail and served its customers by offering strong mail services which could be accessed through any computer using the internet. On 31st December 1997, Microsoft acquired Hotmail for 400$ million and it was one of the biggest deals of that time. Microsoft announced that Hotmail will become an important component of The Microsoft Network of online communication and information services which includes sites for news, travel, investment etc.

Thus, these were the top 6 biggest e-commerce deals that played a huge role in transforming Magento development.

White Label e-Commerce Solution: Important Things you Need to Know About it

Ecommerce Hackers Paradise or the Place of Confidentiality!

Does Your Ecommerce Store Need a Facelift? (And How to Do It)

Top Advantages of using Bigcommerce For Your eCommerce Website

How to Build a Successful Bigcommerce Store?