Amazing News! Major Release of Laravel 6 Announced During Laracon US 2019 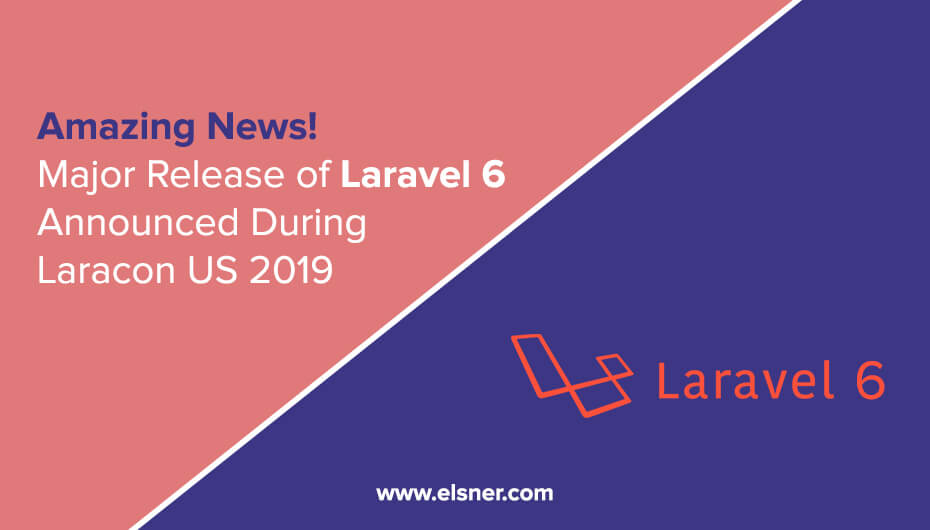 The two-day long event – Laravel US 2019 took place at Times Square, NYC from July 24th and 25th. It was probably one of the biggest Laravel conferences that took place about a week ago.

Tylor Otwell, its creator, commenced the event by announcing the next big thing in the Laravel technology by unveiling Laravel 6. He furthermore stated that the working title of the project would be Laravel Vapor, comprehensive serverless management, and deployment dashboard for PHP/Laravel. To take advantage of this breakthrough technology, get in touch with a Laravel development company and avail their ingenious Laravel development services. 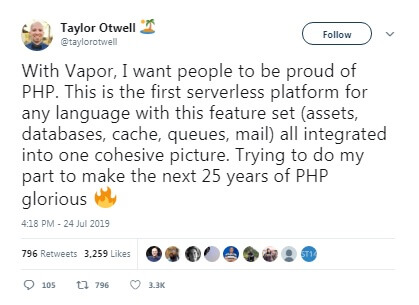 The event was an invitation to people who are passionate about this ingenious technology which can be employed to create applications. There was a lot of talk about this open-source PHP web framework. Evan You, the creator of Vue was already there in the event. He spoke about the new things that are going to be there in Vue.js 3.0. Even Caleb Porzio, a developer at Tighten Co., was present who spoken about a Laravel framework called Livewire.

The fantastic thing about this framework is that it assists in developing dynamic user interfaces with the help of vanilla PHP. Keith Damiani, a Principal Programmer at Tighten, briefed on graph database use cases.

Now, let’s talk about the past versions of Laravel. Since introduction, Laravel has adopted a custom versioning system. It has been four years since it has been on the 5.x release version. At present, the team has opted for a semantic versioning system.

The current framework stands at 5.8. Now, instead of naming the new release 5.9 they have decided to call it Laravel 6.0 which will be released next month.

The objective behind this release is to bring more consistency in the ecosystem. The reason being, all the alternative Laravel components like Dusk, Socialite, Cashier, Valet employ semantic versioning. Although this is not a piece of bad news for developers. If you think that they will have to make significant changes or rewrite their stuff, then you are wrong. But, it also means that in case there is a considerable change necessitating a new version, it would be called 7.0.

Laravel has always been an initiator to come up with a brand new look for every release. It always comes up with updated logos to a redesigned website. In Laravel 6, a brand-new logo has been integrated with a new website. The site is easy to navigate and provides a great reading experience for developers by offering improved documentation.

Once Otwell had given a brief about Laravel 6, he diverted his attention to a new project known as Laravel Vapor. It provides effortless VPS management. It is apt for small and medium projects.

But, it is not short of limitations. It consists of very few features that can help develop more significant projects like autoscaling. Developers need to constantly keep an eye on the operating systems and PHP versions for new updates.

The developers have to constantly check whether the operating systems and PHP versions need to be updated.

To address all these concerns, Otwell created the deployment platform.

Let’s now focus on the advantages of Laravel Vapor:

Laravel Vapor has the capability to handle more than half a million requests which can be processed with an average response time of 12 minutes.

Vapor consists of teams. It is possible to create as many teams as possible by just spending on one plan.

It provides comprehensive control to you over the activities every team member performs. It is possible to set the different things that you can do with all the resources managed by Vapor.

A “Vanity URL” for distinct environments

Vapor provides access to different environment metrics that can give a glimpse of an application environment. With the help of these metrics, it is possible to decipher the number of HTTP requests received by the application in 24 hours, the different CLI invocations, the average duration of those things, the amount charged on lambda, etc.

With the help of vapor, it is possible to review and search your recent logs from the Vapor UI. The new entry gets auto-updated in the log.

It is possible to create Redis clusters with the help of Vapor UI, getting as many nodes as possible. You can create and manage elastic Redis cache clusters without experiencing any downtime. Attach them to your team’s project and use them with multiple projects on a simultaneous basis.