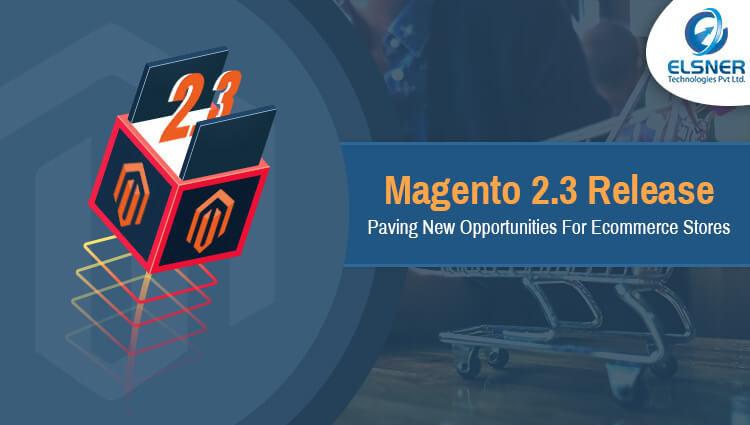 Magento platform has been outgrowing not only as a website building platform but has also brought various plugins to the table. Different Magento releases have brought major changes in the way developers used the platform. This year Magento 2.3 is expected to surpass all the previous versions and focus extensively on new features. The version is expected to release by the end of 2018, as we had known it back in April.

Magento 2.3 is not just another exaggerated version of stereotype additions, but the list of expected features actual mean to open new opportunities for the ecommerce merchants. The blog poses some exclusive features that can be definitely expected from Magento’s latest version.

In this era of data hacking and security speculations, there is one feature which can actually make a difference. The new version of Magento brings the 2-factor authentication along with Google reCAPTCHA. It is not a mere checkbox to detect whether the user is robot or human but actually processes risk analysis to distinguish between the two.

This security update will be natively present in the new version without being intervened by third party installation tools.

The admins will have more control over who modifies and has access to the Magento caches. With Access Control List (ACL) you can prevent inexperienced users to alter any viable data. This give them time to be familiar with the new version and understand its functioning.

A combination of native apps and websites which creates a whole different user experience. In Magento 2.3 the developers will be given nurtured with a PWA studio. These web apps promise to deliver results like push notifications, offline compatibility, and front-end user experience. The studio will be featured with tools to create app-like websites.

A data query language that helps in retrieving data in Magento 2.3, especially for PWAs. Putting together in simple words, GraphQL will fetch you the exact amount of data, nothing less or more than required. This simply saves the time and energy of the tools and helps the developers avoid any kind of confusion. The mobile experience was never as easy as it will be with PWA in assistance with GraphQL.

If we could name one feature that was most awaited for than it would be the Pagebuilder. With this addition, the developer gets the opportunity to customize web pages without writing any codes. Earlier it was part of Magento commerce being purchase from Bluefoot CMS. This will now be available to open source platform.

The page builder will allow web developers to create templates, drag and drop interface with a well designed UX for non-technical users.

This search engine is used to stimulate the in-site search solutions and run efficiently on dedicated server. The improved on-site results will eventually improve customer-experience. ElasticSearch will now be available on the open source of Magento 2.3.

The news of Magento update has given rise to many speculated updates. Some of which were already part of Magento ecommerce development and some are completely new. Now, having known about few of opportunities it is hard to keep merchants waiting for the actual release. Apart from this, Magento 2.3 will also come with other minor modifications, summing up to create major impact.

Before you Start Building an E-commerce Platform, Here’s Everything you Need to Know

White Label e-Commerce Solution: Important Things you Need to Know About it