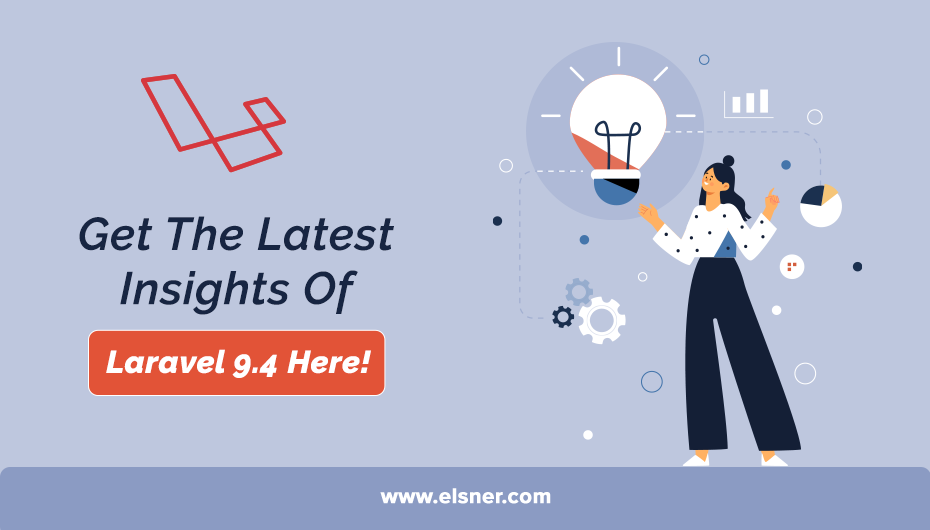 Aren’t developing custom applications an easy solution for business? The popularity of Laravel is increasing due to its great compatible extensions and packages.

With the Laravel 9.4 release, they are bringing something new to enhance the functionalities for developers. Before jumping into the details of the update, let us know about Laravel.

It is used to develop custom web apps by using PHP. Laravel provides an open-source and free environment for developers. It follows the Model-View-Controller design pattern. Here, the model represents the shape of information, the controller interacts with the model, and the view is the template that displays the output.

Some unique features of Laravel development are:

What are the New Things Added in Laravel 9.4 Released?

Today business demands scalability and security to provide a trustworthy environment to the users. Let us look at the new features:

In some cases, a user might want to change the CSRF token name to prevent the 419 errors. This feature also allows the multi-tenant system to change the token domain from the middleware. It provides an ability to override the VerifyScrfToken by defining a newCookie method.

This new query builder method returns a column from the sole value instead of fetching the whole record.

This method is added in the Str and Stringable classes that already support non-ASCII characters.

The Has Mutex column is contributed to the schedule:list. It will indicate if a mutex has blocked a command.

This means modifying char columns type as StringType::class by setting the fixed option to true. So, Laravel Development services map Laravel char to its Doctrine equivalent to a string that allows getting the SQL snippet to declare a CHAR column.

It gives the ability to specify a retryUntil() method or timeoutAt property for queued mailable. You might want to hire Laravel developers to explore the benefit of this upgrade.

A Glimpse of Laravel 9.4 Release:

Let us look at the vital elements of Laravel 9.4 released here:

Laravel is an expressive web app framework with an elegant syntax. With the right support, developing the app is smooth and enjoyable.

Elsner developers have been putting their foot forward to explore the best segments and unlock the beast with this Laravel 9.4 release. Connect with them now! To know the significant role of the updates and get your hands on the best features.