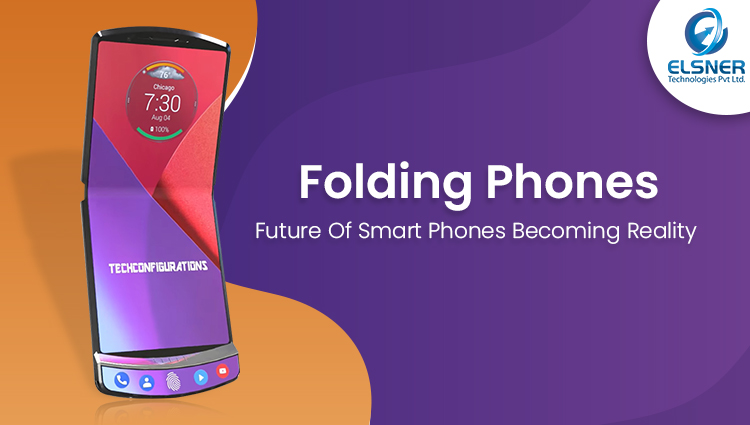 People rarely see a truly remarkable new technology more than once a decade. After several years of undelivered promises, such a technology looks finally set to enter the market: The Flexible Computer Screen.

Imagine, a tablet display people can fold up and put it in their pocket, a smartwatch whose strap is the screen, or a handbag that is also a monitor and keyboard. Many mobile tech giants company deemed this idea as ‘Morph’ because of the plethora of applications it would make possible. However, with the advancement in the Android App development, It can be said now that it will become a reality.

Later this year, Samsung is going to launch a foldable smartphone. Samsung CEO hinted the device could be disclosed at Samsung’s developer conference in November, but it is not clear if consumers will actually be able to purchase the foldable phone this year. Even the CEO accepted that the device had been complicated to develop, and rumors have suggested Samsung will launch a phone with a bendable display under the company’s Galaxy Note line.

Detailed Overview Of The Next Gen SmartPhone

An Earlier report suggested that Samsung is looking at a design where the phone would fold two-thirds of the way. That would make some portion of the screen always visible, letting users see incoming calls without having to unfold the phone or displaying the time.

Samsung also announced a flexible OLED panel it bills as indestructible. However, it is unclear that whether this technology will be used in the foldable phone or not, but it certainly seems to have the durability and bendability such a device would demand.

7.3 inch OLED screen when unfolded will be the main feature of the Galaxy X. The screen will unfold on a vertical axis, just like when the book is opened, and the user needs to unfold the screen for certain tasks. Overall, a user will get a 4.6 inch flexible OLED.

Speculations abound that the company will make the Galaxy X a high-end device that could ultimately run on a powerful processor like the upcoming Qualcomm Snapdragon 845 chip, but Samsung hasn’t confirmed that. The chipset was first received by the Galaxy S9.

There are no confirm report regarding the Camera quality yet. But looking at the company’s past it can be guaranteed that the camera quality too will be outstanding. Different android apps will be by default installed in the phone and many apps can be installed from the store.

Company’s flexible OLED screen is likely to have the most basic level of flexibility, with the ability to be curved and bent without distorting the display but not completely folded. The materials used can absorb high energy impacts and are made of single molecules or crystals that can self-align once distorted. They are lightweight and would allow the creations of screens with hinge-like design features that can flex significantly.

If the Samsung has truly decoded to protect a flexible OLED then it has solved a major technical challenge in removing the need for the glass screens used on most other displays. The future of Mobile app development is also very bright and together they can change the way, the world operates.