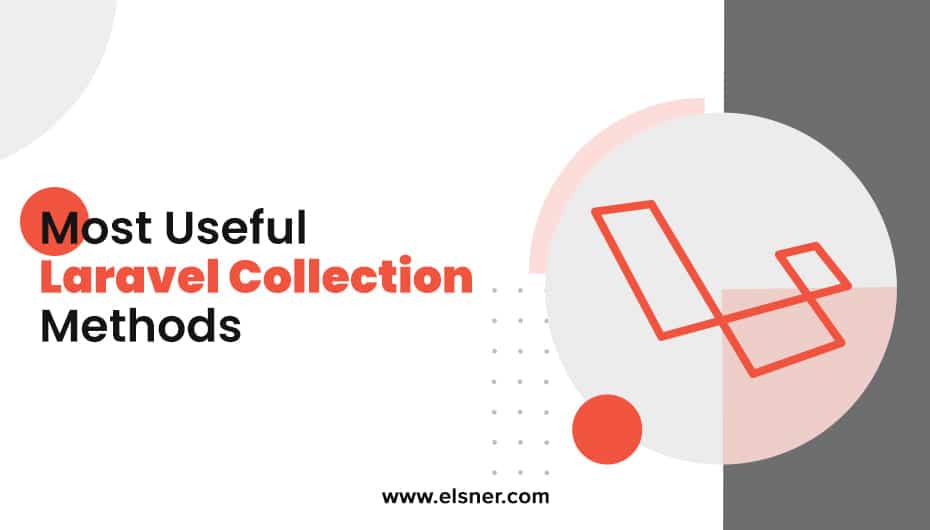 Laravel has a collection class that is a nice wrapper to handle arrays. Laravel Collection class has useful methods that are used to add filters, modify, and make things convenient. Laravel Eloquent uses the collection method to return results.

Let us Look at some Awesome Laravel Collection Methods are:

It is a useful Laravel collection method that allows you to add a filter in the collection with a callback. Generally passes the items that return true and the rest of the items are removed. Filter returns another instance without using the original instance. It accepts the key and value as two parameters during a callback.

This method is used to search a collection of the given value. The key of the value in the collection is returned and if the value is not matched then it returns false. The search is completed using a loose comparison by default. It allows in passing true as the second argument in the search method to use the strict comparison. This collection method also allows passing your callback function to the search method that will return the key of the first item that passes the truth test.

This method is very useful when one needs to check whether the Laravel collection has a value or not. Contain() method is used to check that the parameter exists or not which will return a Boolean value of true and false. Developers can also perform a strict comparison using the containsStrict() method.

Some of the arrays have more than 10 braces which can be difficult to track, so Laravel collection has replaced it with:

This makes the code more readable and object-oriented for the developers.

Usage of API is unified

Earlier PHP developers faced API issues where they were not consistent about their arrays. Laravel Collection has made the API consistent by making it easier as follows:

Laravel focused on processing the data from a database. Many cases have a key-value array situation instead of indexed arrays. The Laravel collection has extended methods that process with the key of the array.

Deal with the Multi-Layer Array

Most of the original array API deals with the top layer of the array, so if the developer has to process into the deep layer then it might make the c complicated. The Laravel Collection API allows to access the deeper layer of the array.

We have tried covering up some of the best Laravel Collection methods that are very useful for the development process. There are still many more methods that can be seen in the detailed Laravel or its API documentation. We agree that it can be a tricky task to handle Laravel Development but you can easily solve this issue if you hire a Laravel Developer that has the right experience and knowledge about Laravel Collections.