Why is it such Cost-Effective for Entrepreneurs to Develop React Native Apps? 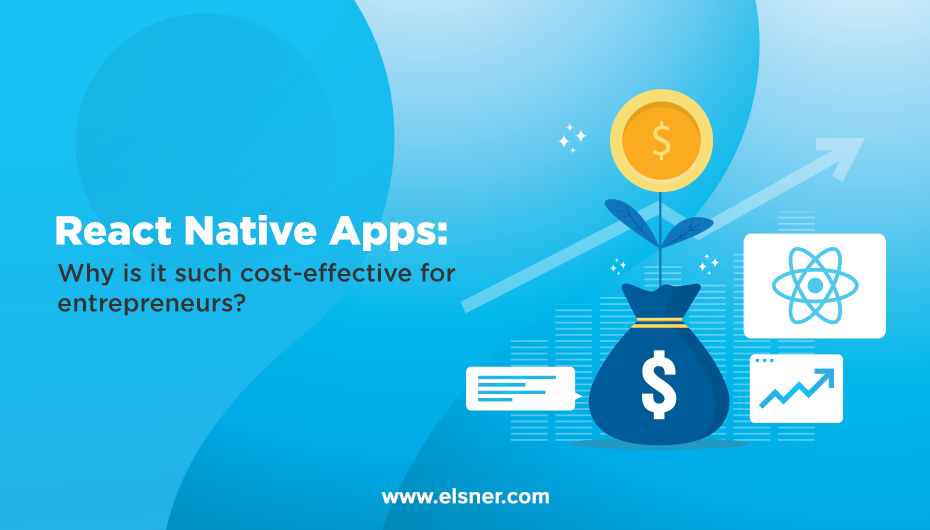 In the twenty-first century, startups are the new in-thing. And nowadays, the mobile app sector is capturing the spotlight. As a result, if your startup intends to dominate the market, having an app on all platforms is a must. Thousands of entrepreneurs are drawn to digital companies by the promise of quick money. To succeed in today’s cutthroat competitive market, companies must operate under tight timelines, scale swiftly, and innovate quickly.

One of the most crucial considerations a digital firm must make is which technology it will use to construct its product. When considering various technologies, React Native is one that comes to mind. And developing a native app for each platform is both expensive and time-consuming, cross-platform development comes in useful. React Native is one of these cross-platform possibilities.

Cross-platform app development appears to be gaining popularity as the level of competition rises higher in the supply chain. React Native has been regarded as the most popular cross-platform solution for the development of both Android and iOS apps without a doubt.

As a leading React Native Development company, we make it easy for startups to employ React Native developers and we thought we’d share our knowledge about the platform’s suitability for startups. React Native’s cost efficiency outperforms all of its other advantages. A developer must consider numerous platforms when developing mobile apps for the platform in order to produce a high-performance application. It is, however, a time and money saver!

Let’s have a look at the primary benefits of why you should choose React Native for your startup mobile app development project and how this framework will help your startups to grow:

The cost of mobile applications is indirectly dominated by development time. Developing a mobile application for two separate platforms is a major undertaking for a company; since it necessitates developing the app in a dedicated language and investing the same amount of time and resources twice. React Native saves developers time by allowing them to build their code for two different platforms by just picking the platform type from the choices. React Native saves a significant amount of development time as a result of this, which can be put to better use elsewhere.

React Native is made up of a collection of recyclable components each with its own logic and control. This reusable component and code work through cross-platform that is Android & iOS platform. The benefit of having reusable code and components is that if experienced app developers wish to update any code or component, they may do so easily. They must modify the code and component in one location, and the effect will be felt throughout the entire system.

To compare, Native apps need separate upgrades for each mobile device. On the other hand, cross-platform apps have the freedom to be provided to users without the need for versioning. You just deal with single coding while using React Native, therefore you only repair errors for that code. As a result, React Native lowers app development expenses and simplifies app maintenance.

All successful entrepreneurs understand how critical it is to get an idea from concept to a fully functional product as quickly as possible. There’s a lot of competition out there, and having the first-mover advantage can be a game-changer. This is why all companies strive to build their product quickly because they realize they can’t afford to spend years perfecting it. React Native is preferred by startups since more than 90% of the code-base is shared between iOS and Android.

React Native is a component-based framework for creating high-quality apps. React Native has a bright future because of its dynamic ecosystem and the strong support of a parent like Facebook.

React Native has become a popular framework among developers due to its ability to build high-quality apps under short schedules.

To get the most out of React Native, startups should focus on hiring the best React Native developers to build their projects and give their businesses the push they need.

At Elsner, We’ve helped lots of new entrepreneurs to accomplish their aim of creating a world-class product. We have one of the best development teams in the market, which helps us provide cutting-edge IT solutions to our global clients. We’d be delighted to hear your ideas and assist you in determining the optimal framework for your needs.

Flutter vs Native vs React Native – Which One to Choose?

WordPress with React – How To Make Use Of Headless WordPress With React?

Why and Where Should you Use React.JS for Web Development?

ReactJS: Why it is Taking over Frontend Development?