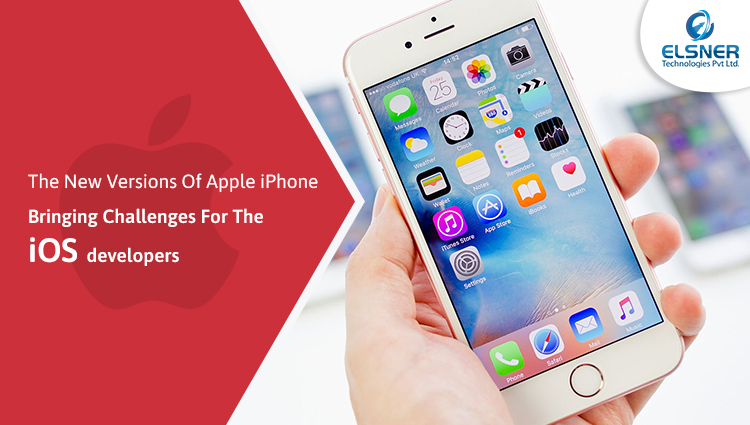 With every new version of iOS, Apple brings new challenges for app developers.

For better user Interface and experience, Developer has to work hard to overcome these iOS app challenges. Let’s discuss here the common challenges faced by the iOS app developer.

Compare to Android, it’s sometimes easy to work with iOS app compatibility. But still its a robust process in iOS as well. It’s hard to decide application support version for the developer. It’s necessary that application is compatible with each iOS device including iPhone, iPad and so on. Accordingly, as an answer, it is must to test an application by utilizing the TaaS product to recognize the issues.

Every developer must launch an app in the sandbox environment. The beta test will enable users to test application advanced functionalities and finding bugs.

Sometimes end users are using an app at poor Network and the speed of network that developers are testing might be different from end users. You need to pass your iOS application through a test done by the Network Link Conditioner.

For video or audio streaming application, you must integrate functionality that restricts video or audio quality. This will help users to adjust their data demands. A Test performed by the Network Link Conditioner will assist you to make the app that will work in poor networks.

The developer needs to be familiar with the latest updates of Apple guidelines for uploading app on AppStore. Your app will be rejected for any single rule violation. There are more than 2.5 millions of application on AppStore So you are not the first one to face this type of issue. The developer must follow all the listed rules and regulations so that applications get approved in the App Store.

iOS devices are the most chosen by people because for its clean design concept and superior user experience. However, the small mobile screen is a bit challenging for app designers, still creating an attractive UI should be a well-achieved task.  The biggest challenge faced by developers is to manage the limited amount of screen space with an increase in business expectations from the iOS application.

Battery draining is the most challenging issue by the application users. If End user finds an app that is consuming too much then he/she will immediately uninstall the application. As a result, the app developer has to make sure that no irrelevant process is running in the background which reduces battery life.  Developers need to optimize app when any new iOS updated version is launched.

Security is the primary factor that needs to be considered while developing an app. The developer must implement a robust technical methodology to prevent any man in the middle attacks. User data stored in the Mobile device will be in encrypted format.

If your application sync with the cloud storage? Then you need to consider all the above points like network speed, app performance, and Security. You must check tight security while syncing your all data to cloud storage. A developer needs to use Amazon’s storage system or any other providers to help control scale and costs at the start.

Ios developer needs to work hard in order to minimize investment and deliver quality products to the End users. Above all challenges faced by iOS developer is their daily life. If you faced any new challenges then contact-us. Do not forget to share this post with your friends on facebook and twitter.