How to protect your WordPress website from DDoS attack? 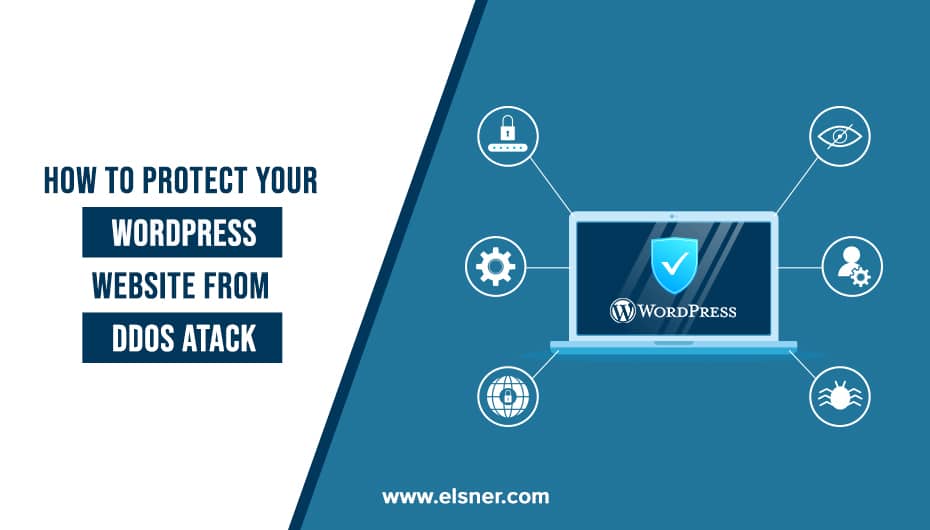 Websites are becoming one of the essential factors to run a business. Consumers over worldwide now turn towards the internet for all the purposes of products and services due to the coronavirus outbreak. Even after the pandemic, people will likely use online websites for their convenience. It takes a lot of effort to create a website. But some uncertain things make everything worse. DDoS attack is one of the types of attacks by hackers to control the sources. The DDoS attack WordPress plugin to block the users from creating websites and not to make use of other services offered by the WordPress plugin.

There are many WordPress development services available to help you to protect from the DDoS attack.

WordPress is open-source software that helps to build your very own website or blog and publish it on the internet. It is also called a CMS or Content Management System. The small software apps that allow the users to add new features and functionality to their websites are called WordPress plugins. The WordPress protection plugins are available to protect the website from DDoS.

A DDoS or Distributed Denial of Service attack is a cyber-attack or malicious attempt to disrupt the normal traffic of a website or server. The DDoS are a large number of requests generated by the hackers to overload the work of the target server or website. It is an attempt by the hackers to make the website unavailable for the other users by flooding the website with too much traffic. The main aim of this attack is to render the website and make the service inoperable for users.

The DDoS attack makes the hacker gain control over the network of websites. They need computers and other online machines to carry out an attack. The machines or computers that are infected by malware are turning them into a bot. They have control over the group of bots which are called a botnet.

The DDoS attacks are broadly divided into three types,

The volume-based attack attempts to create crowding by consuming all available bandwidth between the larger internet and the targeted server. Using the aspect of amplification a larger number of requests are sent to the target or making traffic in other ways such as sending data from a botnet. It includes UDP amplification, ICMP amplification, DNS amplification, and other spoofed packet floods.

Requesting an open DNS server with a spoofed IP address or the real address of the target then it receives a response from the server. The request is structured such that the DNS server responds to the target with a huge number of data. The hacker’s initial request brings the amplification for the target.

It is also called state-exhaustion attacks. By consuming all available state table capacity of website servers and intermediate servers like firewalls and causes a service disruption. It includes SYN floods, Smurf DDoS, fragmented packet attacks, Ping of death, and more.

An SYN flood is a DDoS attack that exploits a known weakness in the TCP connection and sends the target a large number of TCP by the three-way handshake. An SYN request to initiate a TCP connection with a host and when it is answered or responded from that host and it is confirmed by the response from the requester. In SYN floods the hacker sends multiple requests but either does not respond to the response of the host or sends requests from a spoofed IP address. The host system waits for the acknowledgment for each of the requests and until it doesn’t make any new connections that result in denial of service.

The application layer attacks aim to exhaust the resources of the target. It attacks the layer on the servers where the web pages are generated and delivered in response to the HTTP requests. It is hard to respond to the target server often when multiple files are loaded and many databases queries to create a web page. This kind of attack is difficult to defend as the congestion traffic is difficult to flag as malicious. This includes HTTP flood, low and slow attacks, target Apache, GET/POST floods, and many more.

This attack can be done by the activities like pressing the refresh in a web browser over and over on multiple computers at once and it results in a large number of HTTP requests that are flooded the server and makes it the denial of service. The simpler version of the attack is to access a URL with the same range of attacking IP addresses and referrals. Complex implementations may use different attacking IP addresses and random URLs of random referrals.

These are some of the ways to protect your websites from DDoS attacks. The most important thing you should consider is to hire a WordPress Development Company to secure your WordPress website from DDoS.

What is New with WooCommerce 5.9? Know the Insights Here!

How WooCommerce is Bringing an Effective Change in the Fashion Industry?

Using Plugins are Beneficial for an eCommerce Store?

Speed Up Your WooCommerce Store: Here Are Effective Ways That Actually Work

Exclusive Christmas Deals on All Extensions for Your Ecommerce Store Grab Now!