Flutter 1.0 Out For A Stable Cross-Platform Development By Google 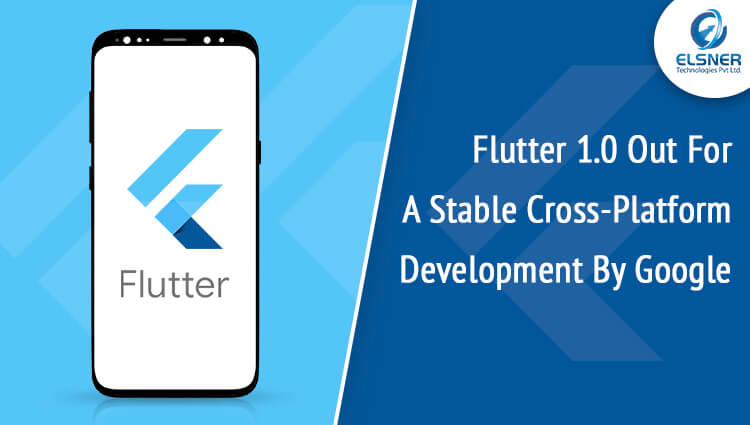 The internet world is no longer confined to building basic websites for desktops and mobile phones. The audience has risen up their demands, which induces the need of mobile apps.

With different operating system floating in the market, the mobile app developers had a hard time building apps equally responsive on different platforms. Native apps in-specific cost a huge amount of resources to both the designers and developers.

Time to make it official: The Flutter 1.0 version

The moment every developer had been waiting for has finally invoked in our life. Time to call off the beta version of Flutter 1.0 version and welcome the stable one into the native app development environment.

Flutter’s beta software was a clean hit in the market, which motivated Google to take a step forward at launching its official version.

China, which is a technology hub, made the use of Flutter very evident even the Beta days. For example, Alibaba has already launched an app for numerous platform using the Flutter App Development on the Dart platform.

Now before we claim Flutter to be an exclusive software let’s put you through its features.

Decoding the features of a stable software

Flutter has brought every need of the developers at one place. After several beta releases, the framework now allows to creation of apps for both Android and iOS. The best part is, no more worries of keeping separate codebases.

Reaching the Summit of Native development

The initial release are just the baby steps towards integration of cross-platform development. The announcement was made at GMTC Global Front-End Conference in Beijing, China.

At the event, Tim Sneath, the product manager went on showcasing speed and versatile nature of Flutter. With a great set of features already added at the launch it would be great to see what improvements behold in future.

As Google has begun to envision the capabilities of Flutter. With the official release, Google shall invest its maximum time in improving the software daily.